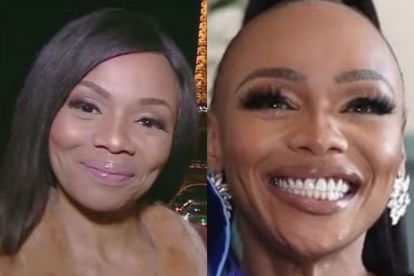 In Early June this year, both Mihlali Ndamase and Bonang Matheba were on top of Twitter trends after Mihlali shared an arguably unattractive photo of the media personality on her Instagram Stories. The beauty mogul then went on to defend the snap by saying that it was just a meme and that she was not trying to “sabotage” Bonang – contrary to popular belief. While things stayed quiet for a while, gossip blogger Musa Khawula now claims that Mihlali shared the unappealing snap as part of an act of revenge.

Here’s why Musa says Mihlali was trying to get revenge…

Mihlali accused of trying to get back at Bonang

“Mihlali is a beauty icon, she filters her own pictures and chooses the best from hundreds taken, to ensure her brand as a beauty figure remains unmatched on public platforms.

“Having chosen to post that Bonang picture was pure sabotage she knew exactly what she was doing,” wrote one Twitter user after Mihlali shared the “meme” on her Instagram page.

The user is one of many who thought that the 25-year-old had ill intentions behind the photo and shared their thoughts on social media about it.

According to controversial blogger Musa, the snap may have in fact been an act of revenge.

Musa alleged that a few days ago, the self-proclaimed Queen B tagged Banele in an Instagram Story asking him to come home so she could “sit on his face”.

“Context? Remember a couple of weeks ago when mihlali posted a ‘meme’ of Bonang? Also, remember when Mihlali dated Banele of the Major League DJz?

“It turns out Bonang is dating Banele, this comes after she tagged him on a post saying ‘come home so I can sit on your face’”

Musa also shared a snap of the pair having dinner together. It is unclear however when the photo was taken.

Many were taken aback by the news and expressed it in the comment section.

“SA celebs are behaving like high school kids. Growing up in an environment where self-love and true love are foreign languages is haunting us, I tell you. Every celeb is dating another celeb’s ex. How? Njani? Iphi iPride?”