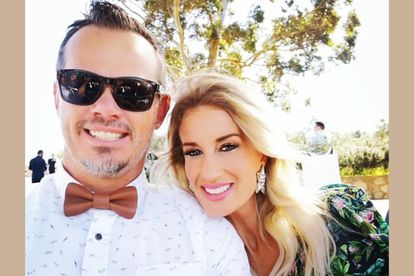 Actress Hanna Grobler, wife of Afrikaans singer Bok van Blerk, opened up about her near death experience during childbirth via an Instagram post on Monday 4 October.

Hanna Grobler and Bok van Blerk have been married since 2014 and welcomed their fourth child to the world on 21 September. The actress said that she was anxious about her pregnancies because of her son, Louis, who was stillborn.

“Because of the stillbirth of our son, Louis, everyone becomes anxious towards the end of my pregnancies…the baby is monitored continuously and sometimes taken out earlier,” she wrote.

With their new baby girl, whose name is Papillon, Hanna gave birth via a C-section at 37 weeks. The baby was tiny and the doctor’s said she was putting on weight too slowly. However, the actress said her motherly instinct let her know the baby would be fine, but that she herself wasn’t.

“My motherly instinct knew she was fine, and she was. But I wasn’t,” she continued.

ALSO READ: ‘R200k… when I told him I was pregnant’: DJ Zinhle on Oskido’s big gift

She began to explain that she felt like it was the last time she was going to see her children.

“I left them letters to tell them that I love them,” she said.

She said she saw Jesus next to her bed. He didn’t say anything, he just touched her hair. Hanna lost litres of blood explaining that it was a miracle that she survived.

“We got the biggest gift… A new little life and a second chance for me. When I look at my husband and my children, the tears flow. I am grateful,” she wrote.

ALSO READ: Un-rapped: First look at Cardi B and Offset’s baby No 2! [photos]