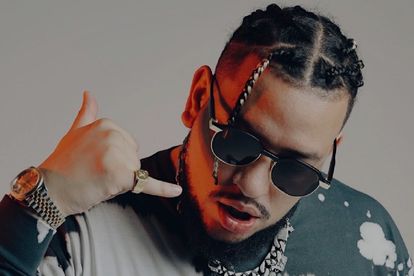 AKA is one of the many SA celebrities who are happy they left Twitter. Image via @akaworldwide/Instagram

AKA is one of the many SA celebrities who are happy they left Twitter. Image via @akaworldwide/Instagram

Twitter, especially “Black Twitter” has been described by many as a very unpleasant experience due to the bullying and insensitivity from a number of people who hide behind their keyboards. Labelled as “keyboard warriors” these users use every chance they get to “pick you apart” – as award-winning rapper Nasty C mentioned in a series of tweets.

SA CELEBRITIES WHO ARE HAPPY THEY ARE NO LONGER ON TWITTER

On Thursday 3 March, the Zulu Man With Some Power — as Nasty C is affectionately known — poured his heart out about the dangers of Twitter to one’s mental health. In a series of tweets, the musician told his two million fans that spending too much time on the app is not a form of self-love.

The SMA hitmaker went on to describe Twitter as “another version of hell”. In addition he told his fans to leave the app and stop giving it power to control them. Later, the rapper took his tweets to Instagram which prompted a number of comments especially from SA celebrities.

I left Twitter nearly a year ago and it basically saved my life.

One of the darkest streets and the internet disguised as a safe house for opinion.

Meanwhile, rapper and TV presenter Moozlie said she’s never downloading it again. “Got a new phone about a month ago, never downloaded it again & I’m not going back. I would HIGHLY recommend this. Thanks for sharing brother,” she replied.

Other celebrities who share Nasty C’s sentiments include DJ and producer Oscar Mbo, rapper Flame, as well as radio and TV presenter Lootlove.

When the the comments under Nasty C’s Instagram post reached Twitter, some celebrities started trending. As per the norm, opinions and views were shared on the app, with the general consensus being that many of these celebrities left because they hate accountability.

“Twitter is filled with bullying but let’s be honest. Our celebrities are problematic AF. They do not read the room. They offend groups and fail to take accountability,” one Twitter user replied.

While another wrote, “Now this App is bad I won’t lie, but some of the people here did some pretty bad things to people and Twitter was the only place that called them out. One is a sex offender who was arrested in Australia. One is Allegedly an Abuser. One faked her own death. One scammed people.”

Another Twitter user, who is infamous for bullying everyone and anyone is @ChrisExcel102. Known as ‘CBD Twitter President’ Chris has been accused of bullying Cassper Nyovest, Minnie Dlamini, as well as late celebrities Riky Ricky and Patrick Shai – who both allegedly committed suicide.

“I wonder Oscar Mbo uyaz that if we want as Black Twitter we can go camp on his IG. Phela you don’t need a Degree or an iPhone to be on Instagram. Imagine a Scammer behaving like a victim ngoba asikho to tell him uya*ya,” Chris said on the matter.

ALSO READ: Makhadzi touches on hardships of stardom: ‘We are human too’