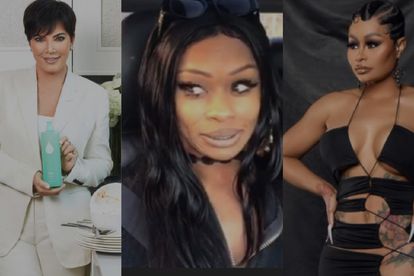 The Kardashian-Jenner family appeared in court after having a $100 million (R1,5 billion) lawsuit filed against them by Chyna for defamation and other allegations. Present was Kris Jenner and her daughters Kim Kardashian, Khloe Kardashian and Kylie Jenner.

Taking to her Instagram after the first day in court, Toyko – who appeared to be rolling a joint – compared matriarch Kris Jenner to a character from the horror movie Saw, claiming she looked “dead.” Further ranting away, she called Kris an “old decrepit shorty” and also claimed the family looked homeless.

“Kris old, decrepit shorty look like… y’all seen that motherf***ing thing that be on the tricycle, Saw? The little man on the tricycle on the movie Saw? She looked…. it look like they dead. Kris had on a f***ing crusty a** tan suit with one button,” Chyna’s mum said.

Toyko also seemingly made threats about who can sit next to her in court throughout her social media rant saying, “stand the f*** up and back” at one point – Mirror reports.

However, TMZ reported on Tuesday that no one will have to worry about where they sit as the judge ruled that she is no longer welcome in court following her rant.

WATCH TOYKO’S RANT ABOUT THE KARDASHIAN-JENNER FAMILY BELOW

WHY ARE BLAC CHYNA AND THE KARDASHIAN-JENNER FAMILY IN COURT?

In 2017, Chyna sued the entire Kardashian-Jenner family over claims of assault, battery, domestic violence, defamation and interference with prospective economic relations to the cancellation of her reality series with Rob Kardashian, Rob and Chyna which aired on E! in 2016.

Chyna starred in the reality show with Rob who she was dating at the time. The couple, who are no longer together, share five-year-old daughter Dream Kardashian together.

After the show was axed, the star submitted substantial evidence supporting the claims of both defamation and economic interference against Kris Jenner, Kim Kardashian, Khloe Kardashian and Kylie Jenner. Kourtney Kardashian was dismissed from the lawsuit.