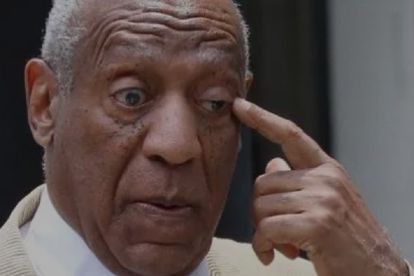 Since 2014, Bill Cosby has been the subject of publicised sexual assault allegations. With approximately 60 women accusing him of rape, child sexual abuse, sexual misconduct, sexual battery and drug-facilitated sexual assault, he was convicted in 2018.

However, in June 2021, the conviction was vacated by the Supreme Court of Pennsylvania. This, according to the court, was because his constitutional rights had been violated.

This week — as the US Supreme Court denied the bid to revive Cosby’s sexual assault case — another woman has come forward to accuse The Cosby Show actor of sexually abusing her.

On the latest episode of Secrets of Playboy (a docuseries about Hugh Hefner’s Playboy mansion) which aired on Monday 5 March, a woman by the name of PJ Masten opened up about the alleged ordeal.

PJ Masten was an employee at the Playboy mansion from 1972 to 1982. Speaking about what transpired the day she was allegedly raped, she made mention of her casual friendship of approximately six years with Bill Cosby.

“I met [Bill Cosby] at seven o’clock, and he was in the penthouse. So he said to me, ‘Well, come on up, and we’ll have a drink before we go to dinner.’ I went upstairs, and he says, ‘What would you like to drink?’ So I said, ‘I’ll take a Grand Marnier.’ He gave me the glass, I took two sips and that’s the last thing I remember until four o’clock the next morning.”

Further explaining what transpired next, Masten says she woke up in bed, naked, next to Cosby who was also naked and asleep next to her.

“… I was in a panic. And I slithered out of the bed to try to collect my clothes that were all over the floor, and I had blood coming down my leg because he sodomised me. And blood was dripping on the floor … I dripped it all the way to the lobby of the hotel.”

The former model added that she immediately went home in the condition she was and took a shower. Later that day, she recalls Bill Cosby calling her office.

“I went to work, and about 11 o’clock in the morning, he calls my office — how he got that private line, I don’t know, it was a private line. And he says, ‘Why did you leave?’ And I was like, Are you kidding me?’ ” she said.

According to IOL, the phone call was not the only contact the 84-year-old comedian made with the alleged victim. He also sent her a card and a ficus tree.

According to Masten, the card read: “Stay healthy mentally. Stay in charge of yourself. Bill Cosby.”

“How crazy was that?”

She further explained that when she tried to open a case she received threats that she would lose her job because Cosby was the Playboy boss’s friend, Hugh Hefner who died in 2017.

OTHER WOMEN WHO WERE ALLEGEDLY VIOLATED

In the docuseries, Masten also makes mention of a teen named Judith Huth: “Cosby had carte blanche… He brought her up to the Mansion, she had cocktails, he drugged her, she was sexually assaulted at 15 years old.”

Masten also mentioned a woman named Chloe Goins, who claimed Cosby sexually assaulted her at the Playboy Mansion in 2008.

ALSO READ: Bill Cosby breaks silence: ‘I have never changed my stance nor my story’