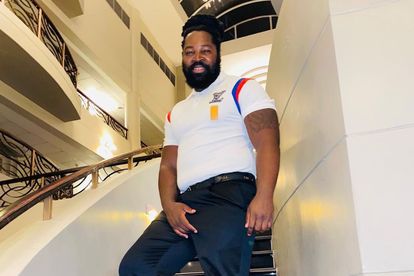 Big Zulu has been challenged to several celebrity boxing matches, including one by Mr Smeg
Image via Twitter
@bigzulu_zn

Big Zulu has been challenged to several celebrity boxing matches, including one by Mr Smeg
Image via Twitter
@bigzulu_zn

Big Zulu is the man of the moment following the Cassper vs Naak fight on Saturday night in Sun City – and it seems everyone wants a piece of him as their next opponent.

The rapper and former Isibaya star were challenged to step into the ring by several celebrities following the match. They include Mr Smeg, Siv Ngesi, King Monada, and Dr Malinga.

Whilst Big Zulu may have lost out on a hefty R100 000 after betting on Cassper’s win, his future fight prospects could win him back the money and then some.

And number one on the list is Twitter personality Mr Smeg – whose real name is Michael Bucwa.

Itching to get in the ring after watching the Cassper vs Naak fight, Mr. Smeg tweeted: “Someone tell @BigZulu_ZN I want a boxing match”.

He added: “I would knock him out”.

And tweeps thought the challenge had everything to do with actress Pearl Thusi, whose friendship with Big Zulu has made Mr. Smeg jealous, according to rumours.

Pearl and Mr Smeg went on a “national date” back in January and have teased fans of a possible romance between them. On the flipside, Pearl and Big Zulu have also hinted that there may be more to their friendship after a clip of them meeting went viral last month.

But when it comes to a fight between Mr Smeg and Big Zulu, tweeps think the former is shooting way above his head

“He will Naak you out”

“Smeg, Big Zulu is 3 times bigger than you so forget about the fight”

“Maybe you should stick to eating raw liver. I don’t think Big Zulu is the perfect match for you”

But Big Zulu may have a hard time deciding who he wants to fight at all, following all the challenges coming his way.

King Monada  – who has long since challenged Big Zulu to a match – retweeted a message encouraging the rapper to accept it.

And next in line is actor Siv Ngesi who is also waiting impatiently to meet him in the boxing ring.

Big Zulu also responded to a tweet from Dr. Malinga who was itching to get his hands on him too.