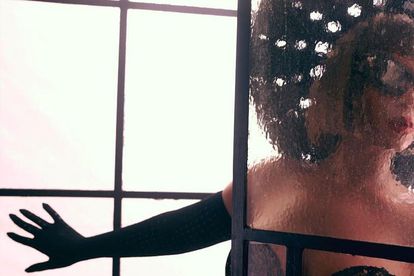 South African Twitter users were quick to point out that Grammy award-winning artist Beyoncé is “channelling” the late South African pop star Brenda Fassie on the cover of her new single, Break My Soul.

On the single’s cover, Beyoncé stands behind a window with some burglar bars. She can be seen wearing a black dress and gloves with her right hand stretched to the side. She is wearing a headdress (inkehli) with polka dots.

Brenda Fassie also appeared on one of her covers in similar fashion behind burglar bars, wearing a black dress with her hand stretched out and polka dot headdress.

Some tweeps went as far as comparing Beyoncé’s Break My Soul to Brenda’s Ngiyakusaba from her I Am not A Bad Girl album saying the two songs sound familiar. However it is MaBrr who actually sampled Got A Love For You by Jomanda for her song Ngiyakusaba.

In 2019, Beyoncé was accused of plagiarism after she released the music video for her single Spirit which was said to be similar to another music video shot in the Namib desert.