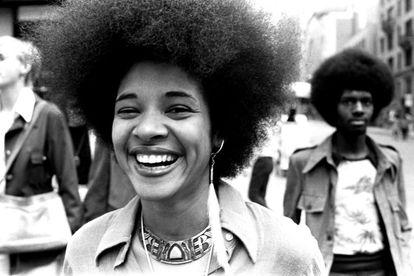 Betty Davis, whose raw, pioneering brand of funk opened doors for generations of artists despite her brief but intense career, died on Wednesday.

“It is with great sadness that I share the news of the passing of Betty Davis, a multi-talented music influencer and pioneer rock star, singer, songwriter, and fashion icon,” read a statement from Davis’ friend Constance Portis, which was published on the artist’s website.

The second wife of jazz icon Miles Davis was a mainstay in New York’s 1960s music scene, and recorded nearly all of her music between 1964 and 1975, with tracks including Get Ready for Betty.

The artist before her time attained a cult following for her sexually candid lyricism, art that set the tone for legends like Prince and Madonna.

BETTY DAVIS’ BRIEF MARRIAGE TO MILES AND HER LEGACY IN MUSIC

Davis and Miles were only married a year, but she’s widely credited with turning the trumpeter on to the era’s rock, introducing him to artists like Jimi Hendrix and paving the way for his fusion phase that included 1970’s Bitches Brew.

Davis also penned the 1967 song Uptown (to Harlem) for the Chambers Brothers, which has enjoyed a resurgence after it was featured in the Oscar-nominated documentary Summer of Soul by Questlove.

Rappers including Ice Cube and Talib Kweli have sampled her work.

Davis’ music wasn’t commercially successful but has inspired artists for decades, with pop futurist Janelle Monae calling her “one of the godmothers of redefining how Black women in music can be viewed.”

“We just grains of sand in her Bettyness,” Erykah Badu has said of Davis.