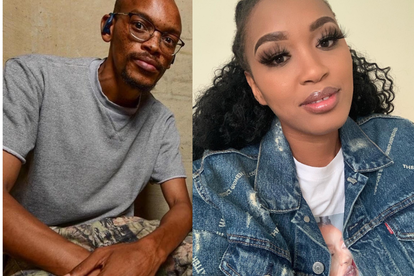 Berita has revealed that she has left her controversial husband, Nhlamulo ‘Nota’ Baloyi. Images via Twitter/@MusaKhawula and @BeritaAfroSoul.

Berita has revealed that she has left her controversial husband, Nhlamulo ‘Nota’ Baloyi. Images via Twitter/@MusaKhawula and @BeritaAfroSoul.

Afro Soul singer, Berita has revealed that she is no longer married to controversial podcast host Nhlamulo “Nota” Baloyi after she was dragged into his latest statement that left many questioning the singer and their marriage.

Nota topped the social media trends list over the weekend after he objectified influencer, Mihlali Ndamase and compared her to a dog which can be killed.

BERITA REVEALS SHE AND NOTA HAVE SEPARATED

Berita, real name Gugulethu Khumalo took to Twitter on Monday to share that she and Nhlamulo are currently separated. The Ndicel’ikiss hitmaker revealed that she left their marital home on 13 January 2022. She further said she has been quiet because this involves their families, however she cannot baby sit a grown man.

“I have been quiet because my safety has been a huge concern. This man is extremely irresponsible, reckless and unruly. He simply does not listen to anyone. I do not condone his actions. I cannot even begin to count the numerous times he has erred in his speech,” Berita said.

Berita said the bullying and disgrace she has faced publicly and privately is painful. She also said Nota’s irrational behaviour is beyond her.

“I am a very reasonable person. I will be the first to admit. I missed very big red flags,” she explained.

“The day I decided to leave my marriage. Is the day I had to choose between being married and being alive.

“My one request is that Nhlamulo ‘Nota’ Baloyi needs help with his mental health. I tried my best whilst I was in his life. I tried to also plead with his family about this. He is a really good man, sometimes he means well. He needs help.”