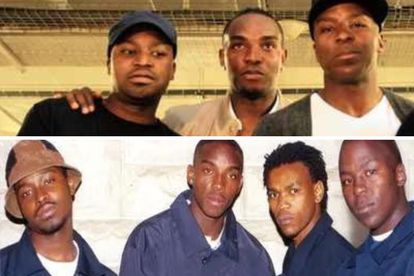 It was a friendship born from their mutual love for music and football for Benni McCarthy and the late TKZee rapper Tokollo “Magesh” Tshabalala.

As the son of Orlando Pirates director Stanley Tshabala, the soccer star forged a deep bond with the singer.

Tokollo – one-third of kwaito group TKZee, whose surviving members include Kabelo Mabalane and Zwai Bala – died from an epileptic seizure on Monday 15 August, his family confirmed. He was 45 years old.

Taking to his Instagram account, the Manchester United first-team coach shared a special tribute to the TKZee star.

“Rest In Peace King Magesh”, he shared alongside a throwback picture of him and TKZee for their hit collaboration Shibobo.

He also posted pictures of himself and the group throughout the years on his Instagram Stories.

Benni McCarthy was hailed as an honorary member of the TKZee family, alongside music acts Loyiso Bala; Gywza, and the late Dr. Mageu.

In Shibobo – which is South African slang for a football move and making a fool out of your opponent – Benni not only was the subject of the hit song, but starred in it too.

The athlete was also hailed for his striker goals in the “18 area”, as sung in the song.

Meanwhile, TKZee manager Refiloe Ramogase revealed that both Zwai and Kabelo have been left “heartbroken” following the death of Tokollo.

He told the Daily Sun of the trio of school friends: “We are talking about a lifelong friendship and brotherhood that is linked with some of the greatest music this country has ever heard and experienced.

“The gentlemen are not okay. This is like losing a sibling and this is why they are not speaking to the media right now. They are going through a lot”.

One of TKZee’s last performances was at the Celeb City boxing event at Sun City in April.