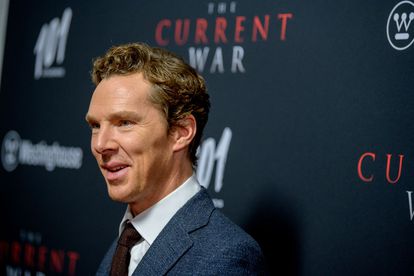 British actor Benedict Cumberbatch said he was really sick towards the end of 2019 after flying into South Africa and he now worries he helped to spread coronavirus around the world before the first cases had even been confirmed.

Speaking to the Independent.co.uk, he explained:

“I was incredibly ill, to the point that when all this COVID stuff suddenly broke in the new year, I was thinking, oh my god, was I actually patient zero. I was so ill – it was borderline pneumonia.”

The generous star got in touch with Savile Row tailor Emma Willis after she launched her Style For Surgeons initiative back in April.

Emma – who previously fitted Benedict, 44, for shirts onscreen and for his wedding to Sophie Hunter in 2015 – said:

“It was so great. I got a call from him out of the blue saying: ‘It’s Benedict, I’m in New Zealand’. He said: ‘I’ve heard about your Style For Surgeons and I would love to get involved. What can I do?’ I said, ‘We’re aiming to raise £30,000 and we’ve got £12,000 more to raise to cover the cost of the fabric, we’re covering the cost of the making of them.’ He said: ‘Count it done,’ and transferred the rest of the money.

“He obviously felt a real need to support. We do ongoing work with him and there’s also something in the pipeline. I think people, like Benedict, who use their influence and fame to support important causes are wonderful. They see how they can help people through their fame in such a positive way.”

Cumberbatch plans to ask Biden to shut down Guantanamo Bay

In a recent interview with The Independent, the Oscar-nominated actor said that he intends to ask US President Joe Biden to shut down Guantanamo Bay after learning about the infamous prison facility’s secrets while working on the 2021 film The Mauritanian.

“It is a huge spend. It’s the most expensive prison on earth. And what are the results? Where are the prosecutions? That’s just being really brutally economic about it, it just doesn’t work,” Cumberbatch said in the interview.

“And then you have the human rights issue. It’s an atrocious own goal, I think for the free world to be incarcerating people through extraordinary rendition, torturing them, and extracting confessions they think are then usable in prosecution… it is a really dangerous, unnecessary, and ineffectual place, I think, and enough people have suffered there.”

‘The Mauritanian’ based on Slahi memoir ‘Guantanamo Diary’

The Mauritanian tells the real-life story of former detainee Mohamedou Ould Slahi (Tahar Rahim), whose memoir, Guantanamo Diary, caught the attention of Cumberbatch who produced the movie and plays the role of Lieutenant-Colonel Stuart Couch, an attorney on Slahi’s prosecution team.

Slahi, who was suspected of organising the 9/11 attacks, spent 14 years at the detention centre without being charged before his 2016 release.