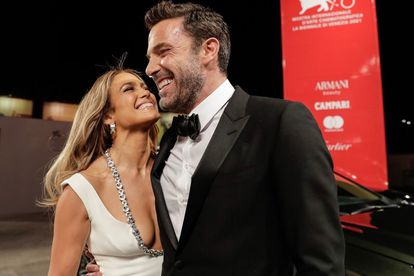 Ben Affleck may never receive an Oscar Award for his role as Batman…but he surely does deserve one for playing his role as the dutiful boyfriend!

And he doesn’t need much help in the acting department if his recent appearances with fellow actress and singer Jennifer Lopez are anything to go by.

The Batman actor flexed his muscles this weekend after fighting off a crazy fan who got too close to his girlfriend Jennifer Lopez.

The couple were making their way to Venice’s Marco Polo Airport on Saturday, when a man who demanded a selfie from the singer suddenly pushed his way in front of them.

But Ben Affleck was ready and prepared. “Woah, woah, woah,” he could be heard saying as he fought the attacker off.

The man was later restrained by security but it was Ben’s quick reaction that saved the day.

After securing his lady love’s safety, he turned to her, asking: “Are you ok?”.

Watch the moment unfold in the video below…

BEN & JEN PACK ON THE PDA

The incident comes a day after Ben Affleck and Jennifer Lopez made their first official red carpet debut together since rekindling their romance.

Jennifer was showing her support to the Hollywood hunk whose new film The Last Duel made it’s premiere at the Venice Film Festival last week.

The couple – who called time on their romance in 2004 and reunited in May 2021 – had the crown swooning with their cute acts of PDA.

From gazing adoringly at each other to holding hands and kissing, we could not get enough of “Bennifer 2.0”.

And it’s clear that the love is still going strong – 17 years later!