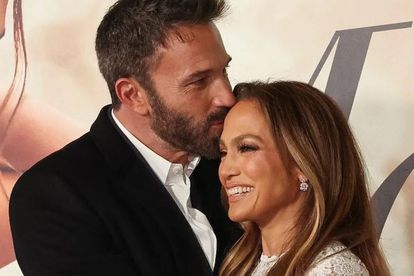 J-Lo, who was engaged to Affleck between 2002 and 2004 and has been dating the actor again since last year, shared the news on her OnTheJLo newsletter. She mentioned that watching the music video made her think about the journey of “true love”.

JENNIFER LOPEZ ‘ON MY WAY’ REMIX

American pop sensation and actress Jennifer Lopez recorded On My Way in 2021 for the comedy-drama film, Marry Me. Lopez stars as a lead in the film next to Owen Wilson.

The original music video was directed by Santiago Salviche, who worked with Lopez on her El Anillo music video in 2018.

Lopez’s partner, Ben Affleck showed off his directing skills for a “special” On My Way music video that includes clips of moments of their love.

From their red carpet moments to a few paparazzi snaps…If it’s a Bennifer moment, it’s in the video!

Taking to her OntheJLo newsletter on Friday 11 February, the 52-year-old singer said she wanted to share the heartfelt gift with her fans although she would normally it with her inner circle.

“Watching it made me think about the journey of true love, its unexpected twists and turns and that when it’s real, it actually can last forever. This seriously melted my heart,” she wrote.

TAKE A LOOK AT THE VIDEO HERE

BENNIFER IS BACK TOGETHER!

Jennifer Lopez and Ben Affleck met on the set of the romantic comedy-drama film, Gigli in 2001. The pair also worked on J-Lo’s music video, Jenny from the Block and after that, the two were inseparable.

They got engaged in November 2002 and planned to get married the following year but postponed the wedding due to “excessive media attention”. The pair split in January 2004 but found their way back to each other in 2021.

Speaking to Ellen DeGeneres, Lopez described her relationship with Affleck as “a beautiful thing”.