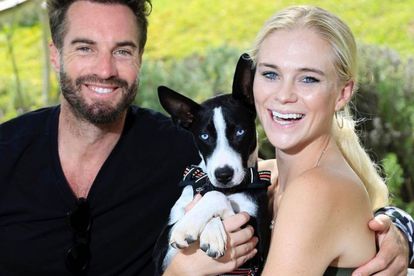 Marc and Marisa have decided to part ways. Image via Instagram @bachelornationsa.

Marc and Marisa have decided to part ways. Image via Instagram @bachelornationsa.

Marc and Marisia had an on-again, off-again relationship but rekindled their romance late last year after having a very public break up back in 2020. Now, the pair have called it quits again.

“It’s over…. again. Both Marc and Marisia have confirmed that it’s been over for some time now. Do you think there is any chance of these two getting back together?,” wrote Bachelor Nation South Africa on Instagram.

The fan account with more than 1000 followers also posted a screenshot of Marc Buckner replying to a comment from one of 117 000 followers asking about his relationship status.

“Sadly we have decided to part ways,” he replied.

The couple have since unfollowed each other on Instagram. However, they have not deleted pictures of each other from the platform, as yet.

Fans continued to question Marc’s relationship with Marisia under a picture he posted of himself yesterday 19 July.

“No more Marisia pics? You guys over again?” asked @“gemilyirvinesmith.

While other fans and followers who knew about the break up expressed their sadness at the news.

“Very sad that you are no longer together. But you both know what’s best for you both. ????,” wrote @lorainechisholm.

“I think Marc loves her very much???? I think he is heartbroken ????,” wrote @cynthimatthews.

The couple’s last break up was quite public. In July 2020, Marisia announced that she and Marc had ended their relationship via her Instagram account.

“When I put my hands in yours one day, I’ll know that I can pack away my map, knowing that my search for you is over,” wrote Marisia van Wyk.

She then confirmed the break up by responding to a comment on her post stating that she and Marc haven’t been together for a while. Similar to Marc’s current response. Interestingly enough, at the time the couple also unfollowed each other on Instagram.