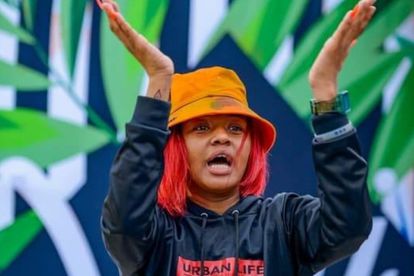 Babes Wodumo is standing her ground against cyberbullies. Image via Facebook: Babes Wodumo

Babes Wodumo is standing her ground against cyberbullies. Image via Facebook: Babes Wodumo

On many occasions, gqom star Babes Wodumo has been the victim of cyberbullying. In the past, the Wololo hitmaker was body-shamed after her weight loss in September 2021. Taking to Instagram on Sunday 27 February, Babes Wodumo said after all she has been through, she has still stood her ground against cyberbullies.

Since her debut in 2016, Babes Wodumo has made a name for herself as one of the best-selling gqom artists in the country. The 27-year-old gqom star, who was nominated at the BET Awards for Best International Act in 2020, has released four albums over the years.

Reminiscing over her hard work on Instagram, Babes said although she has travelled the world, made mistakes and spoken her mind, she has still stood her ground against cyberbullies.

“Cyberbullies came like a flood but I still stood, wrote and did interviews in my mother tounge and they said: ‘Babes doesn’t know English.’”

“I made sure I made my country proud. More international features coming soon, cause you know the gqom queen.”

After Babes’ heartfelt Instagram post, her comments were filled with messages of support from her fans, colleagues and close friends.

Durban-based entrepreneur, Kgolo Mthembu wrote: “We can’t wait!! Your personal life is your business and people must respect that. Just give us the hits. We believe in you and we will support you.”

A fan wrote: “Never ever mind the haters, they hate because they wish they were you, keep it real… keep moving.”

Another fan wrote: “And we still need you in the game… it’s been different [without you] so it’s time to start again and level up.”

ALSO READ: Out of the way Babes Wodumo, Makhadzi is stealing the crown!

WHAT’S NEXT FOR BABES?

In November 2021, Babes Wodumo told SunBuzz, that she has been in the studio with “great musicians”.

“I am more excited about a single I’m about to drop with Diplo. It’s coming out.”

Babes is yet to announce a release date for her new single.