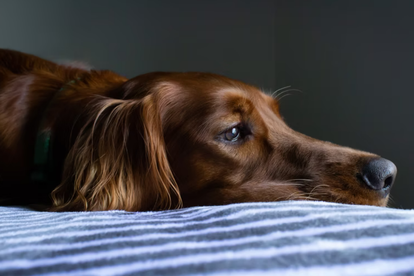 Little Blue is still waiting for his dead owner to come home from the Astroworld festival. Image via Unsplash

Little Blue is still waiting for his dead owner to come home from the Astroworld festival. Image via Unsplash

One dog has been left truly saddened by the passing of his owner who is one of the 10 people who have died while attending the Astroworld festival. A cousin of the deceased revealed how the dog hasn’t stopped looking for the 22-year-old in their Texas home.

The saying dogs are a man’s best friend is one of the truest sayings there is. One husky pup has proven it after he refuses to stop looking for his owner around their house.

22-year-old Bharti Shahani sadly passed away at Travis Scott’s Astroworld festival on the 5 November this year. The Texas A&M senior is one of ten people who have died while hundreds more were left seriously injured.

Online videos show how absolute chaos unfolded at the event after fans surged toward the stage where Travis was performing.

ALSO READ: ‘Crushed and gasping for air’: What it was like to attend Astroworld

Shanini’s cousin, Mobit Bellani, describes her as 2-year-old Blue’s “mom” and “best friend” who he is obviously lost without.

“He is still looking for her all around the house,” Bellani said about Blue.

The family is devasted

Business Insider reports that Shahani was hospitalised and had no brain activity after she was crushed by the crowd surge. She passed away only days later after succumbing to her critical injuries.

“I walked into the room and I saw her with the tubes down her throat and I just wish we could bring her back, somehow,” said Bellani.

Travis Scott and Drake who was a special guest at the Astroworld festival have since been slapped with dozens of lawsuits from the families of victims.

Shortly after the tragedy occurred, Travis announced that he would be paying for funerals and medical bills. He also started an initiative for the concert-goers to receive free counseling.