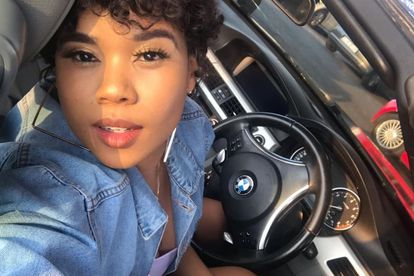 Musical artist Chomee reportedly received a whopping R2 million from the National Arts Council (NAC) for a project that never saw the light of day.

Just days after news of her former boyfriend Arthur Mafokate allegedly applying for NAC funding came to light, Chomee’s company, Divatainment  is said to have allegedly received R2 million from the NAC for “a project”.

“According to her NAC proposal, the funds were meant for a project called Online Broadcasting Development Programme, but that project never saw the light of day. Instead she used the money for her personal use,” said a source to the Daily Sun.

The source also revealed that she bought a new car after receiving the payment.

Chomee claims that the allegations are false. She posted a picture of an article on her Instagram and wrote “LIES” across it. She also shared the same post in a Instagram Story.

Arthur Mafokate recently got criticised by Chicco Twala for applying to the COVID Relief Fund meant for struggling artists despite boasting “tremendous success” with his record label 999 and marketing company, the Daily Sun reported that he had received R10 million in funding for companies directly and indirectly linked to him.

“He and his family receive over R10 million from NAC. But we know he did not do this alone. Someone from the NAC helped him,” a source said to Daily Sun.

According to the NAC records which are in possession of the Daily Sun, Mafokate’s record label was approved for more than R1 million and Roadshow Marketing, a company owned solely by Mafokate, was approved for R2 million.

SAADA, a company with Mafokate as the chairman and along with his sisters was approved for R1.9 million.

A source revealed that these companies were not just approved funding but also received the funding.

NAC TAKES ACTION AGAINST THEIR OFFICIALS

The SABC reported that the NAC is taking action against their officials who misused the R300 million set aside to help struggling artists during the pandemic. Artists claim that they have not received a cent from that stimulus package.

Minister of Sports, Arts and Culture Nathi Mthethwa said the arts council and his department will raise funds to ensure that the artists are able to receive something.

“Right now, as we speak, the council of NAC suspended the senior officials and paving a way of engaging other sources to try and fund the process, which has been depleted by that mismanagement,” he was quoted as saying by SABC.