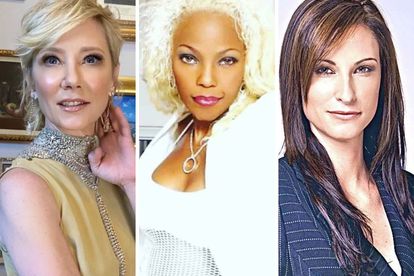 Anne Heche has died after succumbing to her injuries following a fiery car crash last week.

The actress was pronounced dead on Friday 12 August after her family turned off life support machines. The 53-year-old was in a “critical condition” after slipping into a coma following the accident.

On Thursday, the family of Anne Heche revealed that she was brain dead, had “suffered a severe anoxic brain injury” and was “not expected to survive”.

Anne’s organs will be donated, as per her wish.

Last week Friday, Anne Heche crashed her blue Mini Cooper into a home in a Los Angeles residential area. The crash ignited a fire, which left the star with serious burns.

Authorities revealed that Anne Heche had taken cocaine laced with fentanyl before the crash.

According to Daily Mail, her family kept her alive on a ventilator while doctors harvested her organs for donation.

OTHER CELEBS WHO DIED IN CAR CRASHES

With road accidents being the leading cause of deaths around the world, it’s no surprise. that the entertainment industry lost many stars due to car crashes.

In 1997, Princess Diana and her boyfriend Dodi Al-Fayed died from injuries relating to a car crash in the Pont de l’Alma tunnel in Paris, France. The couple was holidaying in France ahead of the crash. Diana was just 36 years old.

Another celebrity who died in a horrific car crash was actor James Dean. The 24-year-old crashed his Porshe Spyde into another vehicle at an intersection in Cholame, California in 1955.

In 2013, actor Paul Walker met his demise when he died in a Porsche Carrera after it crashed into a lamp post and two trees, catching fire. Paul was a passenger in the car. The driver Roger Rodas – who was speeding – also succumbed to his injuries.

Closer to home, in 2006, Lebo Mathosa died in Johannesburg after she sustained extensive injuries. The Boom Shaka singer was reportedly thrown out of her Toyota Prado, when the driver lost control and crashed into a tree. Lebo – who was 29 years old – was not wearing a seatbelt.

In 2008, Isidingo actress Ashley Callie died from brain injuries after a head-on car collision in Linden, Johannesburg. She was 31 years old

In 2015, Top Billing presenter Simba Mhere and friend Kady-Shay O’Bryan died when a drunk driver plowed into their car near the OR Tambo airport.