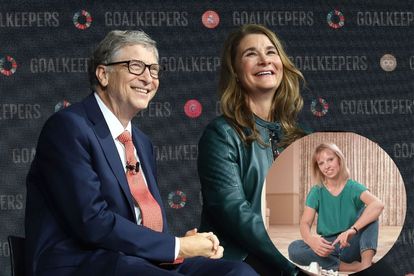 Details of Bill Gates’ love life have resurfaced after he and his wife of 27 years, Melinda announced that they are getting divorced.

Who is Ann Winblad?

According to Fox Business, Bill was allowed by his wife to spend time with an ex-girlfriend thanks to a built-in arrangement Bill had with Melinda French prior to the now-former pair exchanging nuptials in Hawaii in 1994.

The arrangement reportedly stated that he and software entrepreneur and venture capitalist Ann Winblad would be able to jet off on annual weekend getaways with each other to pick each other’s brains and bask in the old times they shared while creating new memories of their own.

This was reportedly detailed in a 1997 Time magazine profile on the Microsoft co-founder. The publication reported that the two met in 1984 at a Ben Rosen-Esther Dyson computer conference and started going on “virtual dates” by driving to the same movie at the same time in different cities and discussing it on their cell phones. For a few years she even persuaded him to stop eating meat, an experiment he has since resolutely abandoned.

Gates said at the time that he had actually sought approval from Winblad before he made the plunge and proposed to Melinda.

“I said she’d be a good match for him because she had intellectual stamina,” Winblad – who dated Gates exclusively for a time – recalled in the piece.

According to her LinkedIn profile, Winblad has held several posts within Silicon Valley, including runs as Director at companies and her current position of nearly 32 years at Hummer Winblad Venture Partners.

Gates and Winblad have spoken about each other in quite a few interviews. In a 2005 interview with the San Francisco Chronicle, Winblad recalled how Gates “wasn’t such a big deal” when she started dating him.

“And there was a period of time when my net worth was higher than his, and I had to pay for everything. It was a very short period of time, but it was memorable,” she quipped.

Winblad later told the Silicon Valley Business Journal in 2013 that Gate oozed confidence and she grew fond of his drive to be best.

“Bill and I went for a walk on a beach, and Bill tells me, ‘I can see my way, if I really squint, to $500 million in revenue,” she recalled. “Bill was a great influence on me, and I was thinking, ‘Wow, you can actually build a company that big in the software industry? Are you kidding me?’

“I remember making him take a stick or a rock and drawing the numbers out on the sand for me. How was he going to get there? He then said, ‘What troubles me is I can’t see how I am going to get past $500 million.’”

“I thought, ‘You’re troubled about that?’” Winblad maintained. “I was jazzed that someone could think their way through to $500 million. There was a lot of inspiration from each other back then because there was so little collective wisdom.”