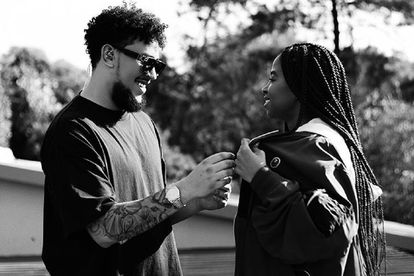 Police have backtracked on comments that they have completed an investigation into the death of Anele ‘Nelli’ Tembe, the fiancée of rapper AKA.
Image via Instagram
@akaworldwide

Police have backtracked on comments that they have completed an investigation into the death of Anele ‘Nelli’ Tembe, the fiancée of rapper AKA.
Image via Instagram
@akaworldwide

In a turn of events, police have now claimed that the investigation into the death of Anele “Nelli” Tembe – the fiancée of rapper AKA – is still, in fact ongoing.

This, after they claimed that they had wrapped up their probe and sent their file off to the National Prosecuting Authority (NPA), to decide a way forward.

Nelli Tembe died in April 2021, when she fell from the 10th floor of the Pepperclub Hotel in Cape Town. The aspiring chef was accompanying her boyfriend to a gig in the city.

According to police reports, 22-year-old Nelli Tembe fell to her death on 11 April from her hotel balcony, located on the corners of Loop and Bloem Street, in the Cape Town city centre.

However, in an interview with The Barleader TV in May, AKA claimed that his partner had reportedly struggled with depression and had attempted suicide on multiple occasions

Speaking to journalist Thembekile Mrototo, AKA claimed that the couple had had a heated spat moments before her death. The muso then decided to take a “breather” break in the bathroom.

He said: “When I came out of the bathroom she wasn’t in the room. I look around the room and she’s not there then I go to the balcony and look over the balcony and down to the street and that’s where she was”.

He added of her past attempts: “In my past time with Anele, it was not the first time that she had attempted to do that (harm herself) or threatened to do that. She had done that here in this home and over the phone…she had also threatened to drive her car into the wall and also had to be talked down off the ledge at the Hilton in Durban”.

At her funeral, Nelli Tembe’s father rubbished claims that his daughter had taken her own life

He said during the live-streamed event: I cannot let an unfortunate narrative go unchallenged.…that Anele, my daughter was a chronically suicidal person or had suicidal tendencies. All I can say is that until she turned 21, Anele wouldn’t consider taking her own life as a solution. Not a single member of my family, Anele’s family, would have ever associated Anele with suicide.

“Anele loved herself so much. She wanted to live more rather than less. As Anele’s father, I hereby state categorically, Anele was neither suicidal nor did she commit suicide”.

THE LATEST ON POLICE INVESTIGATIONS

According to City Press, police had reportedly wrapped up their investigation into Nelli Tembe’s death in December 2021. The next step was to pass it on to the NPA who would consider if it was worth pursuing.

The publication reports that the NPA previously stated that the death was a “suicide investigation”. However, they added that it had “elements of suspicion of a murder”.

However, The Citizen claims that police have now done a U-turn and have backtracked on their comments.

Western Cape Police spokesperson Colonel Andrè Traut told the publication: “Kindly be advised that the death of Anele Tembe is still under investigation and there are no new developments to report at this stage,” he said