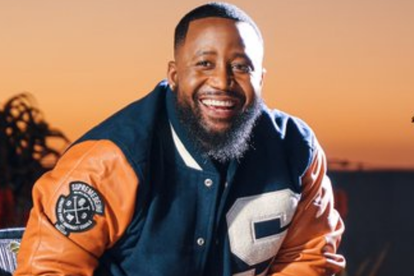 Cassper says his shoes can save hip-hop. Image via Twitter: @CassperNyovest

Cassper says his shoes can save hip-hop. Image via Twitter: @CassperNyovest

If there’s one thing about Cassper Nyovest, it’s that he has jokes! The rapper turned amapiano star has found a way to laugh about Anele Mdoda’s recent car accident after she claimed that his sneakers saved her from getting seriously hurt after a car ran into her at the airport.

Cassper has now joked that if his shoes can save a life, they can surely save South Africa’s “dying” hip-hop industry.

South African musician Cassper Nyovest recently left many people laughing out loud after he joked about Anele’s little accident. It all started when the radio personality shared how Cassper’s Root of Fame 990s saved her from any serious damage after she was knocked down by a car.

Taking advantage of Anele’s bizarre claim while tackling the conversation about how hip-hop in Mzansi is at a standstill, the rapper joked that his shoes may be able to save the genre the same way they saved Anele.

Previously the rapper wrote about how he was texted by Anele who told him about the miracle shoes:

“A message from Anele Mdoda yesterday! ‘My homie, your shoe saved my ankle after a car ran over me yesterday!’ She then sent me this picture. Hahaha, so there you have it! The 990s are saving lives! She just told this story on the radio. Get well my friend,” he wrote in the Twitter post.

ALSO READ: Cassper Nyovest brings out own liquor brand – and Pitso Mosimane is a fan!

“I pray gao blocked (you don’t block me) for this mare Cassper wa bora yanong. Let other kids be. You decided to do amapiano none of them ever said anything…stop this thing of trying to be the big one above others.”

“Do you think they can mend my broken heart #RF990”

Meanwhile, locals also started coming up with bizarre scenarios where the shoes saved their lives: