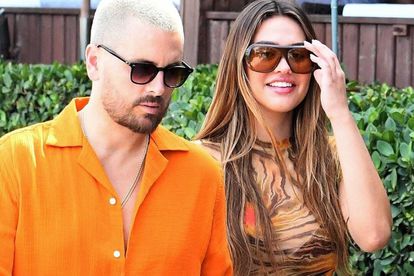 Amelia Hamlin and Scott Disick are “spending time apart.” The 20-year-old model and Disick have decided to take a break from their romance, and they’re now trying to work out whether “it’s time to move on” completely.

“They needed a break from one another, that was clear. They are in different places and trying to figure out if it’s time to move on and if they are really done.”

Disick, 38, was recently called out for allegedly criticising Kourtney Kardashian’s public displays of affection with her boyfriend Travis Barker.

The reality star seemingly questioned the behaviour of Kourtney in a private exchange with Younes Bendjima – another of Kardashian’s ex-boyfriends – which he then posted online.

The controversy has undermined Scott’s romance with Amelia and he’s said to be “mortified” by the situation. An insider explained:

“He had a low moment and was looking to someone who could relate to his feelings, and immediately regretted sending that message.”

Disick – who has Mason, eleven, Penelope, nine, and Reign, six, with his ex-girlfriend – allegedly sent Bendjima a paparazzi shot of Kourtney and the Blink-182 rocker making out on a boat and wrote a message which read:

However, the ex-boxer hit back at Scott, insisting he doesn’t care what his ex gets up to as long as she is “happy”. Bendjima- who dated the brunette beauty between 2017 and 2018 – wrote back:

He captioned the screenshot:

“keep the same energy you had about me publicly, privately.”