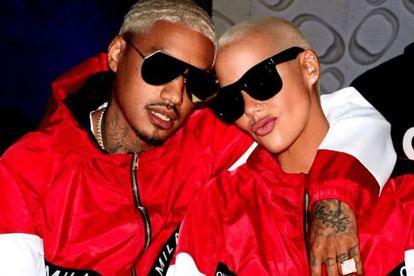 Amber Rose has accused her boyfriend and baby daddy Alexander “AE” Edwards of cheating on her with a dozen women!

The social media star broke the news of her partner’s alleged infidelities via her Instagram Stories, to the shock of her 21 million followers

AMBER ROSE: ‘I’M TIRED OF BEING CHEATED ON AND EMBARRASSED’

The SlutWalk founder – who has two-year-old son Slash Electric with AE, wrote: “I’m tired of getting cheated on and being embarrassed behind the scenes.”

“All 12 of y’all bums (the ones that I know of there’s probably more) can have him…Y’all very much knew he was in a relationship with a baby and y’all decided to f***him anyway. I saw all the texts and DM’s.

But the star refused to name and shame them, though.

“Y’all were well aware but y’all don’t owe me any loyalty so it’s whatever.”

Amber – who previously dated Kanye West and Machine Gun Kelly – then turned her attention to AE, whom she called out for his “lack of loyalty and disrespect”

“I can’t be the only one fighting for my family anymore. I’ve been so loyal and transparent but I haven’t gotten the same energy in return…As for him… The lack of loyalty and the disrespect is ridiculous and I’m done.”

And if that wasn’t enough to shock fans, Amber Rose dropped another bombshell: she was done with her mother; Dorothy too!

“My raging narcissistic mom can get the f*** out of my life as well. On my kids”.

Without shedding too much light on what led to the fall-out, Amber called out toxic family members.

“I’m tired of being mentally and emotionally abused by people that I love. I’ve been suffering in silence for a long time and I can’t take it anymore.

“That’s why I have been so quiet. I’ve been a shell of who I used to be but I refuse to let anyone damage me anymore. Family or not.”