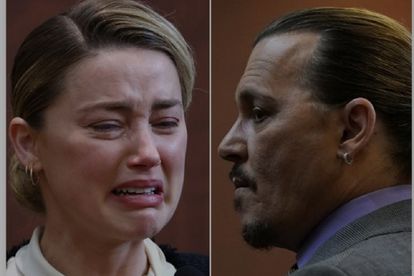 Body language experts have given their analysis of actress Amber Heard in the dock on Wednesday 4 May. Image via @ndtv/Instagram

Body language experts have given their analysis of actress Amber Heard in the dock on Wednesday 4 May. Image via @ndtv/Instagram

Body language experts have looked into Hollywood actress Amber Heard’s behaviour while testifying for the first time at the Fairfax, Virginia, courtroom on Wednesday 4 April.

Her ex-husband and actor Johnny Depp has completed his testimony in the $100 million (R1.5 billion) defamation trial where they have both accused each other of physical and emotional abuse – with Heard also alleging sexual abuse.

According to behavioural analysts Susan Constantine and Judi James, Heard’s dress code represented a power-play and her body language betrayed her conflicting feelings.

Constantine, who specialises in reading body language and detecting deception, told Fox News that she does not believe Depp was abusive towards his ex-wife. She based her vehement analysis on both of their testimonies during the trial.

Among some of the abuse allegations, Heard claimed sordid sexual abuse where the Pirates of the Caribbean star, when high on drugs, would force her to give him oral sex. The Aquaman actress alleged that in another incident, he “performed a cavity search”.

The body language expert also added that she thinks Heard either has “borderline personality disorder” (BPD) or “some emotional insecurity issues”.

When it comes to both Heard’s and Depp’s respective attires, Constantine said that they represent a “power-play”.

“We do talk about her dress code. You know, she’s parodying what Johnny is wearing. Wear the Gucci tie and the Gucci pin. … When you look at this parroting of how they’ve dressed alike, this definitely is a power-play between the two of them. Who’s the one that’s wearing the pants in the family?” she asked.

In addition she said Heard’s legal team should not have advised her to wear black to court, claiming it was “a bad move”.

On the other hand, body language expert Judi James highlighted that it was difficult to read the emotions of both Heard and Depp, as both of them are professional actors who know how to play a captivated worldwide audience.

James told Daily Mail that Heard attempted to “humanize” herself and create an emotional bond with the jury when she deliberately addressed her answers smilingly.

During her graphic testimony, the actress portrayed her emotion by appearing to sob and scrunching her nose, but her sobs were “tearless,” said James. She also highlighted a “dominant power-play” which saw Heard staring down Depp who escaped her gaze.

However, according to James, Heard’s hand gestures were “congruous” with her words, meaning they were in harmony, which is usually “a sign of authenticity”.