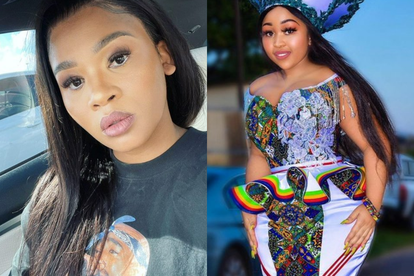 Just a short while ago, DJ Hlo went viral after winning Ukhozi FM’s Song of the Year Award. The reason she went viral is that many people claimed that they did not know her or her award-winning song. It seems she is getting recognition all over because she is now working with well-known artist Lady Du.

Not everyone thinks that she has good intentions though.

Lady Du said to be preying on DJ Hlo’s fame

Just the other day, many South Africans were trolling DJ Hlo for winning the song of the year award for 2021. This is because not many people have heard of her or her music.

After receiving a ton of backlash because of her win, she went on to threaten those who have negative and false things to say about her with legal action.

Despite the ton of backlash, it seems she is finally getting the recognition she deserves after amapiano artist Lady Du decided to work with her on some new music.

ALSO READ: Lady Du and Andile Mxakaza: ‘We didn’t break up, we followed our hearts’

“Lady Du is working on new music with DJ Hlo,” he captioned the post.

Here’s what they think:

While many maintained that they did not recognise DJ Hlo, others accused Lady Du of trying to steal some of her shine. Read some of their comments below:

“DJ Hlo needs new friends that can be honest with her because wow! This is trash.”

ALSO READ: ‘They will be dealt with’: DJ Hlo threatens her haters with legal action!