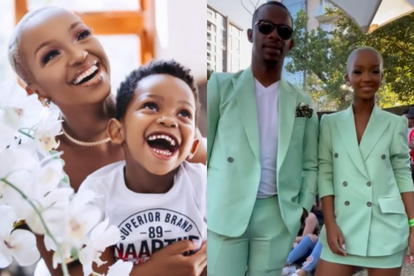 Zakes Bantwini and Nandi Madida’s little boy Shaka Madida is just the cutest thing ever. The little boy is on a mission to become a star and believes he is more than ready to take the stage with his superstar musician dad. Of course, nothing comes easy in life and so smart parents Zakes and Nandi asked the little one to do an audition first.

Shaka Madida proves he has what it takes to sing ‘Osama’

Just a short while ago, Zakes Bantwini’s Osama became a South African hit. His son is one of the millions of people who love the song. So much so, that he even asked his folks if he could please join his father on stage to sing the song.

Not wanting to just give the opportunity to him easily, Nandi and Zakes had little Shaka audition and the results were just too cute.

“This is getting serious! Zakes Bantwini twin and son Shaka Madida just auditioned this morning for his dad as he wants to perform with him on stage, and he’s dead serious,” she captioned the post, tagging Zakes.

In the clip, he says he really wants to sing with his dad on stage and then starts singing as enthusiastically as he could.

Here’s what the judges aka netizens have to say:

Many people found the clip too adorable for words and immediately told Nandi and Zakes to give Shaka the chance to shine alongside his dad. Here are some of their comments: