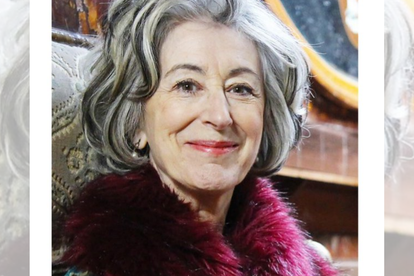 Maureen say that cancel culture is wiping out comedy. Image via Twitter: @TheMattachines

Maureen say that cancel culture is wiping out comedy. Image via Twitter: @TheMattachines

Over the years, cancel culture has grown into a raging stream that can quickly put anyone or anything’s fire out. Over the last few months, many comedians have been targeted by the cancel culture mob and this is something actress Maureen Lipman finds worrisome.

According to Maureen, comedy may soon become a thing of the past

These days, saying or doing one wrong thing can get you on the bad side of people in an instant. While cancel culture was born to help curb society’s ills, the movement does come with serious repercussions.

Comedians like Trevor Noah, Dave Chapelle, and Terry Gilliam have all been cancelled by the woke society at one point in their lives. 74-year-old Maureen Lipman says that because of this, comedians are now so scared of offending people that jokes are no longer funny.

Daily Mail reports that Lipman told the BBC Radio 4 Today programme: “I think it’s a revolution, I think it’s in the balance whether we’re ever going to be funny again.

“It’s a bit like laughter in church, something has to be forbidden to make you really laugh, to make you belly laugh – it’s when you shouldn’t be laughing and so, therefore, all the things that are being cancelled out are, I’m afraid, the things that have always made people laugh.”

Comedians who’ve felt it up close

Her comments come shortly after calls for Chapelle’s Netflix special The Closer to be cancelled. US comedian Terry Gilliam’s production, Into The Woods, was cancelled shortly after he took to Chapelle’s defense regarding the outrage.

Maureen says that if it continues, comedy will be wiped out for good.

“This cancel culture, this punishment, it’s everywhere, you know, an eye for an eye – you said that therefore you must never work again. We’re on the cusp of wiping out comedy,” she said.