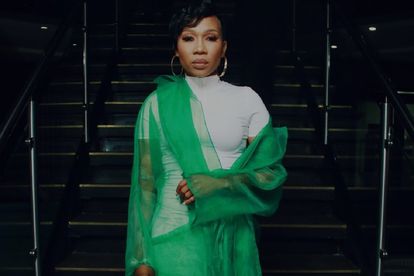 Dineo Ranaka has shed more light on her failed marriage to Klaas Pesha. Image via @dineoranaka/Instagram

Dineo Ranaka has shed more light on her failed marriage to Klaas Pesha. Image via @dineoranaka/Instagram

Reality TV star and radio personality Dineo Ranaka has shed some light on her failed marriage to her estranged husband, Klaas Pesha.

Despite allegations that he is suing her for R500 000 for labelling him an abuser, the Kaya FM breakfast show host still took to Instagram on Saturday 13 August and called him “the most abusive man” she’s ever met.

‘I HAD TO FORGIVE MYSELF’

In Dineo’s lengthy post, she opened up about learning to forgive herself for her choices. The mom-of-three said she chose a “terrible husband” and she has forgiven herself for that.

“Mind you terrible is an understatement,” she added.

Dineo said that her ex was the most abusive man she’s ever met and that their “ugly” marriage changed her spirit. She further said that she does not miss him one bit because he is a “sh**ty person.”

“The most abusive man I’ve ever met and his abusive nature was met with my retaliation which was equally terrible. The marriage was UGLY to the point where my spirit started to turn ugly!

“And it is true… some people will only switch up on you once you are married to them, and then that’s when you see go re vok mahn, Motho o ke lesepa la motho [That is a sh**ty human being].

ALSO READ: ‘I am the co-anchor’: Sol Phenduka on Dineo radio drama

The club DJ also advised her fans to choose their partners wisely, adding that they dhould pray for the right person.

Dineo has previously called her estranged husband an abuser and according to Sunday World, he is suing her for that accusation.

The publication reported, in June, that revealed that the media icon was slapped with a R500 000 lawsuit. The businessman and engineer reportedly filed papers at the Johannesburg High Court in the same month which reveal that Dineo posted several Whatsapp statuses on 14 October last year where she claimed she would rather file for divorce than be abused.

“I would rather have a divorce decree than [sic] a premature death certificate. I cannot believe I married a man who has the full capability of killing me and making my death look like it’s my own doing.”