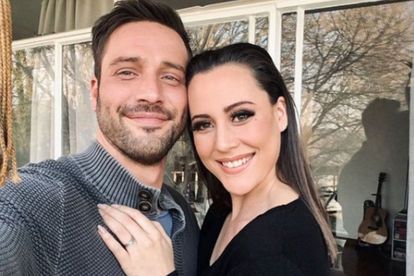 The idea of actors falling in love on set, dating, or getting married after working on a movie or soapie is nothing new.

While some couples made it work after the show ended, others broke up due to cheating scandals and fame.

Actors Jt Medupe and Lebohang Mthunzi who played siblings on Generations: The Legacy surprised viewers when they hooked up off-screen and got married in real life.

The pair were the children of Tau Mogale played by Rapulana Seiphemo and Julia Motene played by Xolile Tshabalala on the show.

Legacy actress Jay Anstey has announced she is pregnant with her co-star Sean-Marco Vorster’s child.

Anstey announced that she and Vorster will soon be parents to their first child on her Instagram account this past August.

The pair have been dating for over a year after Anstey broke up with long-term boyfriend Jonathan Boynton-Lee of Top Billing.

Waldman and Bartlett have a son together named Hector Bartlett.

The pair made headlines in October 2020 following her split from the fellow actor and her suspension from work after arriving on set intoxicated.

The couple allegedly broke up after Zoe discovered that Rapulana was cheating on her with a colleague whose name has not been revealed.

Actors Kristen Raath and Markus Haywood who played spouses on 7de Laan called it quits three years ago following her exit from the soapie.

Raath returned to the show this year (2021) to play the role of Amorey Welman this year after Haywood’s exit.