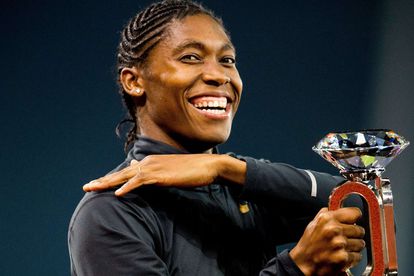 Caster Semenya took to social media on Thursday to write: “Ten little fingers, ten little toes. With love and grace, our family grows. This precious soul that God decided to bless us with. We all can’t wait to meet YOU!”

It will be the second child for the couple who tied the knot in December 2015.

Caster Semenya, now 30, is a two-time Olympic gold medal winner having triumphed in the 800m at both the 2012 London and 2016 Rio de Janeiro Olympics.

She will not however be competing at the ongoing Tokyo Olympics having failed to qualify for the 5 000m which she turned her attention to having been barred from competing in events between 400m and the mile after refusing to take medication to suppress her testosterone levels.

Earlier this month Semenya and Raseboya celebrated their daughter Ora Semenya’s second birthday with videos and pictures they both shared on Instagram.