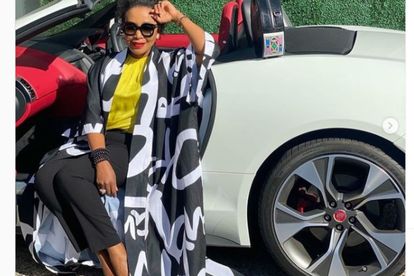 In the past, former Generations actress and TV presenter-turned-businesswoman Carol Bouwer made headlines for all the right reasons. From empowering women to being an ambassador of UNICEF South Africa’s Influential Women’s Forum. However, a dark cloud is hanging over the businesswoman and producer’s head.

On Sunday 20 November, City Press published a bombshell article claiming that an investigation by the Hawks regarding the awarding of a R40 million tender in 2013 to Carol Bouwer Productions was at “an advanced stage”.

Why the Hawks are investigating Carol Bouwer

The tender — marred in controversy — was awarded to her production company to help organise the Nelson Mandela memorial service in Mpumalanga as the main contractor.

According to The Citizen, documents relating to the case also show that her company was paid R39.8 million for the work within seven days. It is also alleged that then director-general in the office of the KwaZulu-Natal premier Nonhlanhla Mkhize appointed Bouwer’s company without following proper procedures.

Glitz, glam and Gucci all the way

While the storm is brewing with the Hawks apparently closing in, the former media darling and role model is still out and about town, attending the glitzy Gucci Gala  as a patron for the arts at Cape Town’s Zeits Mocca on Monday evening.

Carol Bouwer: Rise to fame, business empire and net worth

In the light of these allegations of tender fraud, let’s take a look at Carol Bouwer’s business empire, houses, cars and net worth…

The Soweto-born former actress started out as presenter of the educational programme Teleschool at the age of 17 and rose to fame for her role as Kgomotso in Generations from 1994 to 1996.

In 2021, Bouwer was named in a report by Opera News as one of the richest women in the South African entertainment industry with an estimated net worth of R20 million at the time.

In 2010, Bouwer had a dream with her developer husband of 22 years, Edward Bouwer. To be more specific…a Peace Island dream. This involved plans to establish a R80 billion man-made island of luxury homes and pristine beaches off the coast of Cape Town, with uninterrupted views of Robben Island and Table Mountain, according to Drum.

News24 reported though that her vision of a 900ha island for the super-rich off the coast of Cape Town to match those of the oil-rich Gulf nations, was met with severe criticism by environmentalists.

In 2019, one of the star couple’s houses, a mansion in Lion’s Head, Cape Town, went up in flames and they had to evacuate their abode. But evacuating their blazing home, had much less of a traumatic ring to it than for us ordinary folks.

Daily Sun reported at the time that Carol was whisked off to a luxury hotel where the poor woman woke up to a five-star breakfast and a gift of diamonds from Cape Town-based jewellery company First Diamonds. How thoughtful.

Bouwer lives the high life with holiday houses around the world, a stunning mansion on Billionaire’s Row at Cape Town’s Waterfront and another exclusive pad in Hout Bay, Needless to say, complete with a wardrobe full of designer threads from the likes of Rich Mnisi, Marianne Fassler and Malcolm Kluk, to name but a few of her favourites.

Since 2020, Bouwer has been gliding through the streets in various Jaguar models. The first set of sleek wheels that the luxury car brand provided to her as one of its high-profile ambassadors, which includes the likes of Minnie Dlamini, was a Jaguar F-Type. Take a look.

Ag, why not? Perfume and Carol Bouwer handbags

In October 2021, the businesswoman launched CBNL Perfume in collaboration with fragrance Ntsoaki Ledimo

Ag, why not?! Carol Bouwer perfume and handbags

In October 2021, Bouwer launched her CBNL Perfume in collaboration with Ntsoaki Ledimo. And then there is Bouwer’s range of posh cutlery and bespoke handbags which comes with the tagline: “A woman’s relationship with her handbag is something sacred”.

Let’s leave that up for interpretation for now, shall we?