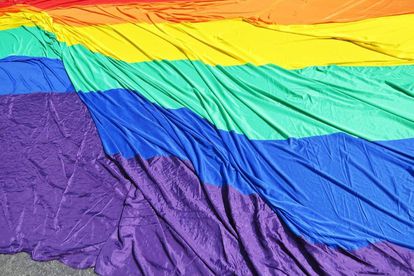 The Cape Town Pride Festival will take place on the streets of Green Point on Saturday 29 February. It is a celebration of the LGBT+ community and to highlight the struggles and challenges they continue to face in South Africa.

A moment of silence will also be observed to honour fallen members of the LGBT+ community.

According to SABC News, mayco member for Safety and Security, JP Alderman Smith said Saturday’s Pride Festival will start at midday in Chiappinni Street in De Waterkant and move towards Reddam Field at the Green Point Urban Park.

“We are grateful to events such as Cape Town Pride for providing a space for individuals to express themselves, raise awareness and celebrate who they are. As an inclusive city, we want to reaffirm our support for the LGBT+ community through partnering with organisations such as Cape Town Pride who have committed themselves to do good in our society and continuing the fight for equality,” said Smith.

“As we approach Human Rights month, the DA reaffirms its vision of a diverse society and unwavering commitment to creating a safe and supportive space for the realisation and protection of the rights to self-determination, freedom of expression and freedom from discrimination; irrespective of one’s sexual orientation or gender identity.”

Pride Festival dates back to the 90s

According to misterbandb.com, Cape Town has been hosting Gay Pride events every year since 2004. Spanning ten days from late February to early March, Gay Pride in Cape Town celebrates cultural diversity and creates awareness for LGBTQ issues in South Africa and beyond. While Cape Town Pride has only been an annual thing since 2004, the very first event took place as far back as 1993.

Cape Town and South Africa, in general, have come a long way as far as LGBTQ rights are concerned. Homosexuality was decriminalised in South Africa in 1997, while same-sex marriage was legalized in 2006.

The Cape Town Pride Festival 2020 dates are 14 February to 1 March and the theme is ‘True to You – Be Who You Are’. This focuses on the necessity to embrace all of your individuality, despite your orientation, age, race, or faith. It aims to unite everyone despite their differences and help bridge any divisions that can sometimes exist in society.

Some other highlights you can expect: