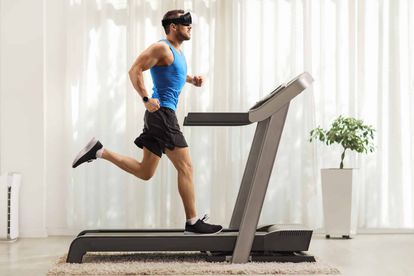 Cape Town marathon will be a virtual race this year. Image via Adobe Stock

Cape Town marathon will be a virtual race this year. Image via Adobe Stock

Cape Town’s annual marathon, sponsored by Sanlam, could not take place as planned this year, due to the national lockdown and restrictions on the gathering of people.

The race is traditionally held in September, on the nearest Sunday to Heritage Day, when South Africans celebrate the country’s unique yet diverse cultural heritage.

HISTORY OF THE CAPE TOWN MARATHON

The Cape Town Marathon was first held in 2007. The first edition of the race attracted only a small number of competitive runners. The race has since grown in popularity. It now attracts thousands of runners each year for the half marathon and full marathon distances.

Over the years, the marathon has become a high-quality international event which showcases Cape Town as a world-class destination for major sporting events.

Some of the fastest times in South Africa, including Olympic and World Championship qualifying times have been achieved by athletes running the Cape Town Marathon.

The route was designed not only to take in Cape Town’s spectacular natural beauty, but also to enable runners to traverse the mother city’s rich historical sites, in a running celebration of South Africa’s oldest city.

This year, runners will be completing the marathon as a virtual race, in various locations all over South Africa and the world. The race usually attracts athletes from over 60 different countries.

Runners will choose their own route and complete the distance they have registered to run.

FIRST VIRTUAL RUNNING OF THE RACE

Cape Town Marathon organisers decided not to cancel the marathon but to host the event as a virtual race instead. This has become a popular way for running events to be held since COVID-19 disrupts sporting events from taking place normally.

The virtual race will take place on 18 October. Runners must register before 11 October to be able to participate. The races which runners can participate in, include 5, 10, 21.1 and 42.2 kilometre distances.

This year a virtual app will connect thousands of runners across the world. The app will inform runners about thirty of Cape Town’s landmarks, as they virtually complete the marathon in their various locations.

Race ambassador and double Olympic medallist Mo Farah, will also be completing the marathon in its virtual capacity, from his home town of London, in the United Kingdom.

To enter please go to www.capetownmarathon.com