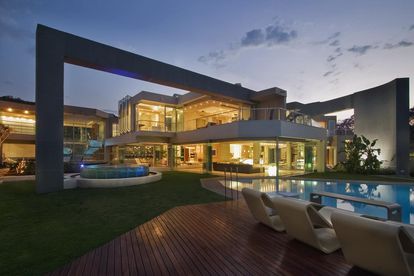 Three of South Africa’s biggest cities don’t just attract the tourists, you know: Millionaires are also lining the streets of Cape Town, Johannesburg and Durban. They’re tucked away in their city penthouses and sprawling mansions – because someone’s gotta do it, right?

New World Wealth’s latest report for Mzansi paints a comprehensive picture of where the super-wealthy prefer to reside. However, not all of our mega-rich citizens are content with their living situations. Between 2017 and 2018, a total of 4 400 dollar millionaires have upped-sticks and left the country.

We’re now down to 39 200 residents who possess a personal fortune which is equivalent to approximately R14.5 million (according to current exchange rates). Dollar millionaire status is highly sought-after in South Africa, but there are now fewer people who can boast about having that title within our borders.

As always, we like to make Cape Town, Johannesburg and Durban face off against each other. The category of wealth will be no exception: Here’s where the highest concentration of millionaires are in South Africa:

Where do millionaires live in South Africa?

In the battle of the cities, Johannesburg remains the undisputed capital of wealth in South Africa. Despite the exodus of rich residents, Jozi has more than double the number of dollar millionaires as its next competitor, Cape Town. Just over 7 000 of them reside in the Mother City. Durban takes the bronze medal this time, coming in third.

In fact, three of the top five wealthiest locations in the country are in the Western Cape. The Cape Winelands and properties along the Garden Route boast an exceptional amount of wealthy residents. Meanwhile, Pretoria finishes sixth – with around 100 fewer dollar millionaires than the most luxurious settlements along the N2.

Here’s what else we learned from the New World Wealth report: