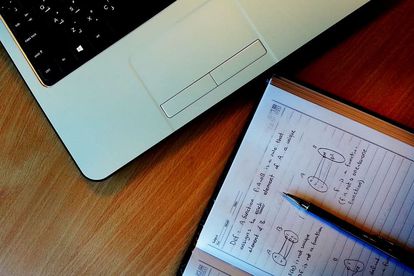 For all its ills, Twitter can actually be a phenomenal place sometimes. The power of social media has been on full show this week, as a Cape Town cleaner scored a job interview in her ideal career field.

Talent Pachenah received her degree in computer coding one year ago. Initially born in Harare (Zimbabwe), she came to South Africa to pursue her career in development. However, she found herself working for SweepSouth to make ends meet.

She was doing her rounds as per usual this week, but her routine took a dramatic twist when Pachenah turned up to Darryn van der Walt’s house. The software coder was working from home, where he was soon to discover the cleaner’s hidden “Talents”.

When she spotted the work he was doing, Talent engaged him in a discussion and flexed her extensive knowledge of coding. She discussed with Darryn, at great lengths, the complexities of development languages and was able to identify the technologies he was using

This story is very familiar to the plot of Hollywood blockbuster, Good Will Hunting: The main character Will Hunting (played by Matt Damon) has a genius-level IQ but works as a janitor at MIT. When he solves a difficult graduate-level math problem, his talents are discovered.

We spoke to van der Walt about the exchange, who told us that Pachenah was “fluent in the lingo” and could barely contain her excitement:

“She looked over my shoulder and asked if that was SQL (a database query language). I said it was, and then she asked what other languages I develop in. We got chatting about coding. At first, I thought she was maybe teaching herself on the side, so was shocked to hear she actually received a degree about a year ago!”

“She would obviously love to be developing and was bouncing off the walls with excitement that I was also a developer and was asking questions and fluent in the lingo.”

What will happen next for Talent?

Van der Walt took to his Twitter account to share the story, which had an instant impact. He reached out to SweepSouth Co-founder & CTO Alen Ribic, who then got in touch with the Cape Town cleaner:

Had a lovely chat with her and we’ve arranged to meet. Keep you all posted! https://t.co/ID4fp8m0ih

Ribic revealed that SweepSouth would consider putting Talent in their own development team if she can talk the talk in her scheduled job interview next week.

“We’re greatly expanding our dev team at the moment. We’ve had a good few SweepStars join our in-office teams so can’t wait to see where our chat goes!” – Alen Ribic.

Cape Town cleaner takes a step towards a dream job

We are all holding thumbs for Pachenah, as this feel-good story just needs a positive final chapter for its conclusion. Thanks to Darryn, and the open-minded management at SweepSouth, this clued-up graduate finally has a chance to do what’s she has always wanted.