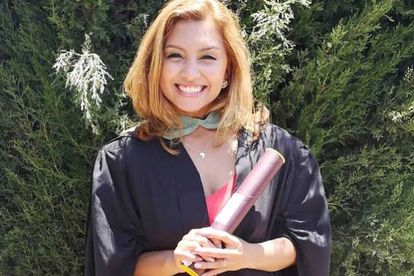 Despite living in a poverty-stricken and dangerous environment, 25-year-old Chanell Classen from the Cape Flats showed determination and perseverance as she pursued her dream of becoming a doctor.

IOL reported that two weeks ago Classen graduated from Stellenbosch University, citing the fact that your background need not determine your future.

Classen attended Kenmere Primary and Kensington High School and had thought about becoming a doctor but assumed it would be an impossible task, considering where she lived.

“I’ve got a single mother and it was just too expensive to study. But God knew. And my mom believed in me.”

Her road to success

Classen applied to Stellenbosch University and UCT and was accepted, dependent on her final Maths results. Unfortunately, these let her down and her preliminary acceptance turned into a rejection.

Eventually, Classen was accepted at Stellenbosch University and began her seven-year-long studies.

“I thought about becoming a doctor but never thought it could be possible because there isn’t one doctor in my family. I would be a first-generation university student.”

Classen believes that her mother played a pivotal role in her success and says that her belief in her daughter allowed her to achieve what she has.

“My mom felt strongly about a stable education. For a long time we had no idea that my mom was unemployed because there was always food and she made sure we were happy. She pretended to go to work just so that we wouldn’t worry,” she recalls.

Classen believes that her life on the Cape Flats has strengthened her and enabled her to become who she is today.

She told IOL, “I can persevere because I had to go against the grain of teenage pregnancy and drugs.”

She thanks God for His assistance in keeping her away from a life of drugs – she is aware of how easy it would have been for her life to have taken a different path.

When encouraging other people who believe their circumstances are working against them, she says, “If I could do it, so can you. Fight for your dreams and don’t let anybody tell you that you are not good enough – not a university and not even your parents.”

“To parents: all your kids need is love, prayers and encouragement.”