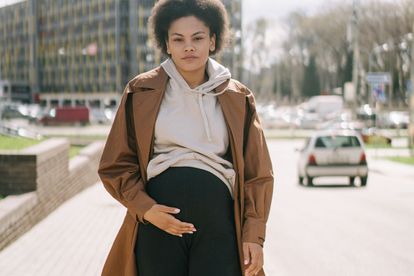 A pregnant woman in Texas who was fined for driving solo in a carpool lane said her fetus must be counted as a passenger in the wake of strict new abortion laws.

Brandy Bottone, 32 years old and 34 weeks pregnant, has vowed to go to court after she was pulled over in Dallas and handed a penalty by a police officer last month.

She was driving in a lane reserved for vehicles carrying at least two people — a fact she did not dispute.

But Bottone told a police officer that her unborn child was a person in the eyes of the law, as the United States Supreme Court had days earlier reversed decades-standing federal law guaranteeing women access to abortion.

“He said, ‘Is there somebody else in the car?'”

“I pointed at my stomach and I was like, ‘Right here,'”

ALSO READ: The Dutch art detective who recovered the ‘Blood of Christ’ relic

When the policeman said that being pregnant “doesn’t count” as the two persons must be “outside the body,” Bottone insisted that “this is a baby.”

The Texas criminal code, like that of many conservative states, recognizes a fetus as a “person,” but this does not appear to apply for laws regulating transportation.

Even before Roe v Wade was overturned last month, a new Texas law had banned almost all abortions after six weeks — before many women even know they are pregnant.