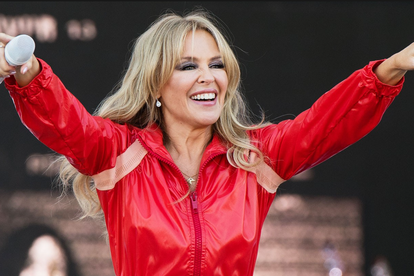 Award-winning pop singer Kylie Minogue has confirmed she is moving back to her homeland, Australia, after living in the United Kingdom for the last 3 decades.

The singer and former Neighbours star who spent the last 30 years in the United Kingdom has now decided to base herself nearer her family, in Australia.

Minogue said that she had spent a lot of time in Australia recently and that it felt good being back home. She will be now able to spend more time with family members, who are based there.

“I just thought, there’s just been so much change and we’ve had to adapt and think differently the last 18 months and I just felt like a bit more time with family,” she said, as quoted in Dailymail.

Minogue told BBC Radio that although she is leaving the UK, she will not become a stranger.The pop singer who rose to fame in the 1980s with hit songs including the Loco-motion and I should be so Lucky said she does not think too much will change after her move as she will often come back to the UK.

“I’m not really going. I’ve lived here for 30 years, I’m always going to be back,” Minogue said in a BBC interview.

TOURING ON THE CARDS FOR KYLIE

The 53-year-old has released a new single, A Second to Midnight, which is a collaboration with Olly Alexander. Minogue discussed the possibility of going on tour again.

Eased restrictions on movements and gatherings in many countries raise the hopes for live shows and concerts to be held in the near future.

“I’m dreaming of doing dates (touring). We are inching closer to being able to do something like that. Patience. I can’t wait. Keep your disco outfit not too far away. Not at the back of the cupboard,” she said.

Kylie’s fans in the UK described the news as emotional and saddening. The pop star has become a beloved figure in the UK over the last three decades.