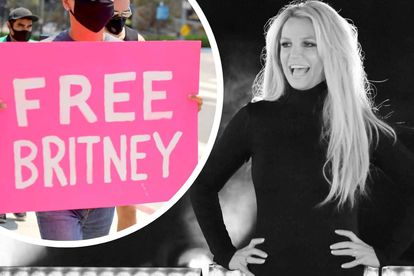 Britney Spears’ attorney on Wednesday 11 November 2020 released a statement after the signer lost the legal battle to regain control over her life. Her father currently has conservatorship.

Britney allegedly confided in her attorney, Samuel D Ingham III. The singer said she’s afraid of her father and will refuse to resume her career while Jamie Spears is in control of her life.

“My client has informed me that she is afraid of her father. She will not perform again if her father is in charge of her career”.

This follows after LA superior court judge Brenda Penny declined to suspend James as Britney’s conservator, a role he forcibly took more than a decade ago.

Britney’s court-appointed lawyer filed the necessary papers on 3 November 2020 and argued that the pop singer will “suffer loss and injury” if her father retains his position.

Judge Penny said she would consider future petitions to remove James from his role in Britney’s conservatorship, despite James’ attorney, Vivian Lee Thoreen, saying “there isn’t a shred of evidence” to support his suspension.

In addition, Judge Penny granted Britney’s request to appoint a corporate fiduciary, the Bessemer Trust, to serve as co-conservator over her estate, alongside her father.

According to Thoreen, James reportedly resolved Britney’s debt, which over the years totalled up to approximately $60 million, and said stripping him of conservatorship would “harm” Britney.

Britney’s fanbase started the FreeBritney campaign more than a decade ago when the extent of James’ control over Britney’s life and career first became apparent.

Her fans have been petitioning for years to prove that James’ conservatorship, which began in 2007, is a “money-hungry means of total control” over Britney’s life, career and finances.

It was revealed that James controls every aspect of Britney’s life, including her finances, her mental health care, where and how she could travel and when she sees her children.

FreeBritney fans gathered at the courthouse this month to show their support.

Britney announced a work hiatus in January 2019 and hasn’t released an album since 2016. In August 2020, she “for the first time moved to make substantial changes” to the conservatorship, calling for it to be made public.

As reported by the New York Times, Britney “went along quietly” with the conservatorship arrangement for more than a decade. Now aged 38, Britney is fighting back for control over her life.

Britney’s mother Lynne Spears through her attorney described Britney’s relationship with her father as “toxic”, and stood by her daughter by saying it’s “time to start fresh”. Lynne has had no role in the conservatorship.