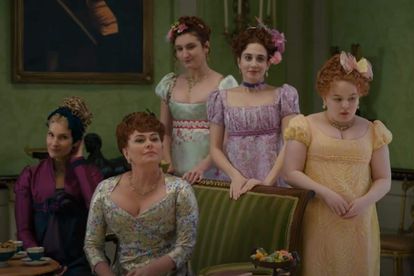 The popular period drama series, Bridgerton has officially been renewed for season 2 by Netflix.

It is said that more than 63 million households watched the show since it was released. The first season of the series, produced by Grey’s Anatomy‘s Shonda Rhimes, follows the scandal-filled story of Daphne Bridgerton (Phoebe Dynevor) and Simon Basset (Regé-Jean Page) as they create a romantic scheme to please their marriage-minded family members, London high society, and the mysterious gossip columnist Lady Whistledown (voiced by Julie Andrews).

When South African fans realised Page might just be “Africa’s best-kept secret” after learning about his Zimbabwean roots, it seems the actor might just be even more fascinating than his character in the series. Now, they look forward to seeing more of the actor and the Duke of Hastings alike.

Bridgerton cast to return to production in 2021

Netflix announced the second instalment of the show on Instagram with a video. There was also a special edition of Lady Whistledown’s Society Paper posted letting readers know that the Bridgerton cast will return to production in spring 2021, this time with a focus on Anthony.

“This author has been reliably informed that Lord Anthony Bridgerton intends to dominate the social season,” the pamphlet reads. “I will have my pen ready to report on any and all of his romantic activities.”

Exploring all of those depths and nooks and crannies

The series is based on best-selling romance author Julia Quinn’s eight-novel Bridgerton collection, and even though fans of the books already know what will likely happen to the Featheringtons and Bridgertons when the show returns for a second season, it is said that there might be some surprises in store. And while Bridgerton already has a sizable cast, it’s likely to get even bigger.

“I think there are a lot of good stories to be told in this world,” Page told OprahMag. “There are a plethora of characters and each of those characters has cousins, uncles, and dogs, and I think people enjoy exploring all of those depths and nooks and crannies.”

According to Good Housekeeping, season 2 will focus much more on Anthony’s quest to finding the perfect match than it will on Simon and Daphne’s life together.

Showrunner Chris Van Dusen pretty much confirmed this to be the case when speaking to Collider about the show’s future. “I think we’ve done some work in season 1 to set up other characters. We really dig into Anthony’s love story. We’re really exploring Benedict as well, and Collin, and Eloise’s relationship. I think it’s a deep well of story for us to explore,” he said.

In fact, it’s Chris’s hope that all eight romance novels – each focusing on a different character’s journey to finding love — will get their own season on Netflix eventually.