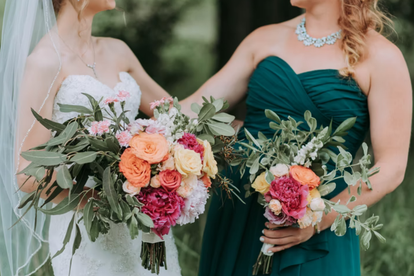 This bride conned her maid of honour into giving her thousands. Image via Unsplash

This bride conned her maid of honour into giving her thousands. Image via Unsplash

One woman is devasted after her friend conned her out of over £27,000 (R580 000) by telling a series of lies. According to reports, the 54-year-old bride told her maid of honour that she was coming into a huge inheritance. She then asked her friend to stand in as a guarantor on a £10,000 loan. She also asked her to buy her furniture and clothes.

Bride bamboozles maid of honour out of thousands

Angela Kitchener has been sentenced to three and a half years behind bars. This is after she lied to her best friend Nicola Reynolds in order to scam her out of money.

Reynolds was Kitchener’s maid of honour in 2017. At the wedding, she was told by Kitchener that she is getting £5million from the sale of her ex-husband’s business.

She then promised Reynolds that the two of them were going to go on lavish vacations. She also promised to help her financially when the money came in.

After Kitchener had filled Reynolds’ head with all kinds of ideas, she then asked her to be a guarantor on a £10,000 loan. She then asked Reynolds to fund a number of things such as a couch, TV and £1000 of clothes.

All of which she promised to pay back once her £5million came.

After listening to stories about why Kitchener wasn’t paying her back, Reynolds did a bit of research and discovered that there was no £5million and that she was being scammed by her so-called friend.

Unfortunately, it seems unlikely that Reynolds will be getting any of her money back since Kitchener doesn’t have a penny to her name.

“She was like family to me. I hope she will finally begin to realise the pain, hurt, and suffering that she has caused,” said Reynolds in a Daily Mail article.