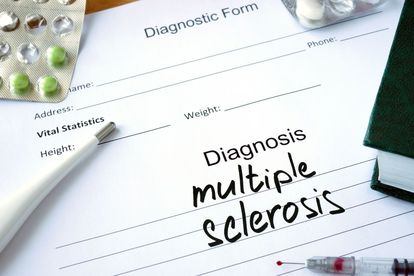 This year World Brain Day on 22 July is dedicated to raising awareness about Multiple Sclerosis (MS), also known as the invisible or silent disease.

THE DISEASE AFFLICTS YOUNG ACTIVE PEOPLE IN THEIR 30’S

“It is the most important cause of neurological disability in people under the age of 60.”

Retief co-authored the South African guidelines for diagnosis and management of Multiple Sclerosis.

The symptoms of Multiple Sclerosis are not always obvious.

“However, earlier diagnosis and better access to treatment can offer a better quality of life to those affected by a disease for which there is no cure.”

What is Multiple Sclerosis?

What is the impact?

Retief further explains: “Relapses are characteristic of the initial or early phase of the disease. Treatment of a relapse consists of high-dose steroids administered through a drip over a few days. Initially, the relapses actually resolve quite well, perhaps giving one a false sense of security that the disease can easily be kept under control with only steroids.”

However, if the disease is not treated more intensively, the abnormal B-cells can become clustered in the brain, resulting in chronic continuous inflammation. This is called secondary progressive Multiple Sclerosis, which leads to progressive disability.

Hence, it is vitally important to attempt to prevent or at least delay this phase of the disease.

Multiple Sclerosis must be recognized and treated early, even if the person feels well in the beginning, he advised.

What can we do?

Retief said that 25 years ago, there was no treatment for Multiple Sclerosis, and up to 10 years ago only one tier of treatment was available.

“In 2021, fortunately, we have several treatment modalities,” he said.

ALSO READ: An AVO a day keeps the doctor at bay