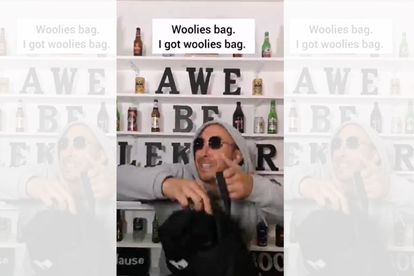 After Woolworths announced it would be phasing out plastic bags from its stores in a bid to go plastic-free three years ago, the premium retail giant announced that it wants to stop using non-recyclable plastic packaging for its own products, as well as plastic shopping bags, straws, and earbuds by 2022.

Woolworths has since been introducing the option for customers to purchase a reusable, recyclable shopping bag for R7 at various stores around the country. The bag is “locally made from recycled materials by a local supplier”.

But while the bags were a good idea to stop the plastic problem, according to Good Things Guy‘s Brent Lindeque, they’ve also created another problem, “a Woolies bag problem” as shoppers seem to constantly forget these bags in their cupboard or in the boot of their car.

Lindeque says that what happens is that people just buy more bags. He suggested that the retailer buy back the bags or give people the option to donate them back to the store.

Woolworths later responded to Lindeque, saying that they are trialling a bag return initiative at one store which they hope to expand soon.

“But those returned bags will be recycled as opposed to given to other customers (which is tricky in current times),” they said further.

While it seems the intention of Woolworths in introducing the bag is a good one, some social media users have taken to Twitter to bemoan buying a bag at the till when they forget to bring their own, reports Cape Talk Radio.

Others suggest that it will get better.

A case of discpline

“I haven’t bought a fabric bag in over eight months, I never forget my shopping bags… it’s a case of discipline,” said Feminist Icons.