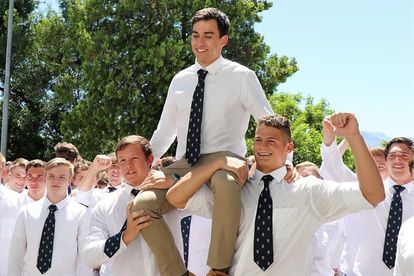 The overall matric results were announced by Minister of Basic Education Angie Motskekga on Thursday evening 20 January. The matric class of 2021 achieved a 76.4% pass rate with one pupil standing tall as the top learner for the year.

Ulrich le Roux from Paarl Boys High School in the Western Cape was the top National Senior Certificate (NSC) learner for 2021. Le Roux achieved an average of 97.86% with seven distinctions.

Speaking to Cape Argus, le Roux expressed that he was surprised and delighted when he received the news.

“I must say, it was quite unexpected, a massive surprise to even get the email to be able to go to Johannesburg and an even bigger surprise to actually win the number one spot.”

Paarl Boys High School gave le Roux a hero’s welcome when he returned from his trip to Johannesburg.

WHAT’S NEXT FOR ULRICH?

Ulrich le Roux is headed to Stellenbosch University in the Western Cape to study Actuarial Science.

As he bows out of matric, le Roux had some encouraging words for the class of 2022.

“COVID-19 is still going to massively impact their studies and everything. I’d tell them they must enjoy all the last moments with their friends and at school, but at the same time, still work hard on academics so that they can be happy and look back with no regrets on what they achieved.”

Drakenstein Municipality mayor Conrad Poole congratulated Ulrich le Roux on his achievement highlighting that number one in the country “is no mean feat”.

“The world is your oyster, so go out and make Drakenstein even prouder.”