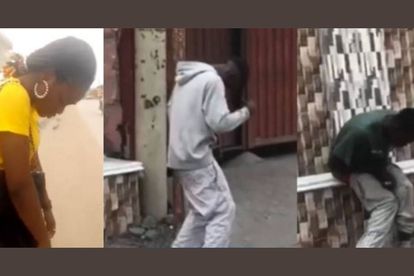 A new drug derived from a car’s catalytic converter is raising alarm bells across the globe. Image via Twitter @iOriho

A new drug derived from a car’s catalytic converter is raising alarm bells across the globe. Image via Twitter @iOriho

A new drug called bombé is raising alarm bells across the globe. The dangerous drug is made from crushed powder from a car’s catalytic converter and first appeared in the capital of the Democratic Republic of the Congo, Kinshasa.

The customs division of the South African Revenue Service (SARS) seized three shipments of catalytic converters and their powder at the OR Tambo International Airport in Johannesburg on 3 February. The shipment — valued at R21 million — was headed to Dubai, Jordan and the United Kingdom.

Here is everything you need to know about this “complicated phenomenon” called bombé.

The dangers of bombé

“This drug is very dangerous,” the leader of the Congolese addiction programme Patrice Kapia was quoted as saying in Der Spiegel. “It causes heart and lung problems, and on the long term, cancer.”

There have also been reports of deaths after bombé consumption. Kapia says that the ingredients from the catalytic converters could be especially poisonous.

According to Reuters, the word “bombé” means “powerful” in Lingala, a language spoken by more than eight million people in the northern parts of Congo.

The drug is made using crushed powder from a car’s catalytic converter. The car parts contain deposits like zinc oxide, platinum and rhodium.

According to Der Spiegel, a laboratory in Antwerp, Belgium, has analysed the effect of each individual component. But the experts still face a lot of unknowns.

They believe it’s possible that the substances from the catalytic converter set off a chemical reaction with the rest of the drug mixture containing substances like tramadol, dolarene, nitrile, ampicillin and, in some cases, traces of heroin.

Those who use bombé often, also mix it with sleeping tablets, sedatives or add it to tobacco. The drug is often snorted. After taking it, users first become euphoric, but then they begin to move more and more slowly.

People who use the drug refer to themselves as “zombies” because they can fall asleep while standing.

A WORD FROM THE CONGOLESE GOVERNMENT

Congolese president Felix Tshisekedi said the toxicity of bombé is being studied by a Commission of the Ministery of Health.

“It should be borne in mind that this social phenomenon calls for the collective responsibility of the whole nation,” he said in a report of the meeting council of ministers.

Patrice Milambo, the director of the national programme against drug addiction and toxic substances, called bombé an emergency and a public health disaster.

THE COMMUNITY WEIGHS IN

Speaking to France24 during a drug raid in Kinshasa, a man said the drug dealers had “invaded their area”.

“This is not Colombia. We don’t want all these drugs all over the place,” he said.

Diane Batauma is the coordinator of Tosungana Plus, a non-governmental organisation in the Congolese city. Batauma said arresting drug users and dealers isn’t always an option. She gives out free meals to recovering addicts.

“There have always been arrests but they haven’t stopped people from using drugs. These drug addicts are sick. They need medical care, they need treatment.”