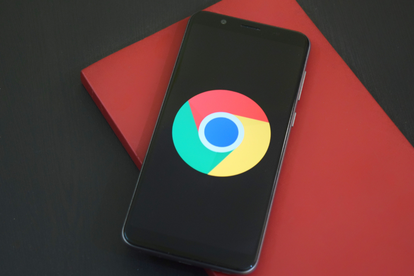 If you’re using Google Chrome on your gadgets you better listen up. Thanks to a simple mistake, cyber-experts warn that not taking the proper care of the Google web browser, you could be at risk of major hack attacks.

According to a report in The Sun, the flaw is link to updates and users are urged to check and update their Google Chrome immediately.

Google was recently forced to rush out an emergency update to stop a “high-severity” bug from being exploited, as stated in the report.

“Not only does updating your Chrome browser introduce new features, such as privacy and web tracking protection, but they also guard against critical security threats,” Mike Varley, cyber-expert and Threat Hunting Lead at Adarma, told The Sun.

Varley continued, saying: “The recent update from Google targets what is called a “zero-day. A zero-day is a vulnerability that has just been discovered, is known to attackers and is known to be actively being exploited. When this happens, it is a race against time to develop patches and protect end-users whilst they are rolled out.”

The Google blunder has been described as “high severity” by cyber-experts.

Forbes reported that the emergency update is highly unusual in that it addresses just a single security vulnerability. In a Chrome stable channel update announcement, published 25 March, Google confirms it “is aware that an exploit for CVE-2022-1096 exists in the wild,” Forbes reported.

NOT ONLY GOOGLE USERS AFFECTED

Not only Google users are at risk as the security breach also affects Microsoft Edge users. Microsoft has since pushed out a similar urgent update for its users.

The worry is that the blunder might have already been exploited, and updates have to be done as soon as possible.

“Never updating Google Chrome can leave dangerous vulnerabilities in your browser, which can be leveraged by malicious actors as an entry point on to your device,” Varley said in his interview with The Sun.

“Malicious websites that host exploit kits can identify potential vulnerabilities in connecting clients, and then take advantage of those weaknesses to gain initial access. From there, an attacker could be free to roam about your computer or to other devices on your network, collecting personal information, email & bank account details, infecting with malware or deploying ransomware to coerce a payment,” he added.

HOW TO UPDATE GOOGLE CHROME

To do this, go to the three dots in the top-right corner, and then choose Help.

Now go to About Google Chrome and then begin the update.

Updates should be done regularly to keep your devices and accounts safe against cyber attacks. It is however only important to stay vigilant and not click on any unsolicited links, divulge personal information or download unverified apps.

Also read: Google Chrome vulnerability could expose you to hackers – Here’s how to take action