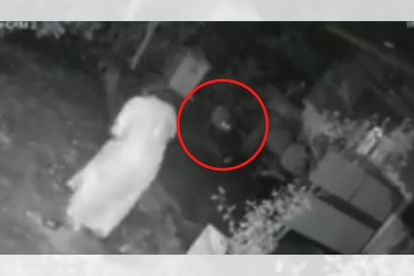 A leopard recently sneaked up on a 55-year-old woman at Aarey Milk Colony in Mumbai, India, on Wednesday 29 September, in what is believed to be the sixth incident this month.

According to local reports, CCTV footage shows the leopard attack Nirmaladevi Rambadan Singh while she was sitting in front of her house at 19:45. Officials said that she used her walking cane to “repulse the attack” after she “was clawed on her jaw and her back”.

After footage of the attack went viral, forest officials confirmed that Singh is in a stable condition.

An increase in attacks from leopards

According to Indian Express, the forest officials suspect that the recent attacks are being carried out by a single leopardess, who is around two years old.

On 26 September, a four-year-old boy was dragged by a leopard while he was playing outside his house. A resident, Sunil Mishra, and the boy’s uncle rushed to his rescue.

As Mishra chased the leopard, it dropped the child in the bushes. The child suffered injuries to his back and head.

“We suspect that a female leopard is on the prowl as two cubs have been found in the area. We have set up camera traps and increased patrolling in the area, we’ll soon catch her,” Deputy Conservator of Forests (DCF), Thane Division, told The Print.

Amrita Bhattacharjee, a member of a local advocacy group, Aarey Conservation Group, blamed illegal encroachment and random development in the area for the increased leopard attacks.

“We’ve worked with the adivasi population and trained them how to fend off leopard attacks and how to keep these animals away. Slum-dwellers are usually attacked by leopards because they’re not very aware of the animal’s behaviour,” she said further.