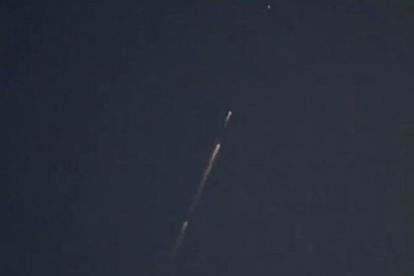 South Africans shared various videos of the recent meteor-like object that was spotted in the skies on Tuesday evening.

A meteor, bolide or a rocket?

After Dr Daniel Cunnama, science engagement astronomer at the SA Astronomical Observatory initially said that it was not a meteor shower but actually bolide or the upper stage of the Chinese Yuanzheng-1S rocket being deorbited, South Africans still took to social media to share footage of the event on social media.

It seems that South Africans were left amazed and confused as to what they were seeing. Social media users shared a range of videos in which balls of light can be seen appearing out of nowhere, shooting across the sky then disappearing again.

The Citizen reports that many social media users have been debating about what they saw.

The publication sites earthsky.org, which states that every year from around 17 July to 24 August, Earth crosses the orbital path of Comet Swift-Tuttle, the parent of the Perseid meteor shower. Debris from the comet litters the comet’s orbit, but we only get to see the comet rubble after the first week of August.

“The bits and pieces from Comet Swift-Tuttle slam into the Earth’s upper atmosphere at some 130 000 miles (210 000 km) per hour, lighting up the nighttime with fast-moving Perseid meteors,” reports the publication.

But, later astronomer, Jonathan Mcdowell said that it might be the Chinese Yuanzheng-1S rocket being deorbited. McDowell shared his calculations and theory on several Twitter posts, saying that he gets a “good match with the time and location of the observations”.

Cunnama also apologised for saying it is a bolide and confirmed that it might be the rocket.

The same object was spotted in Zimbabwe and Limpopo.