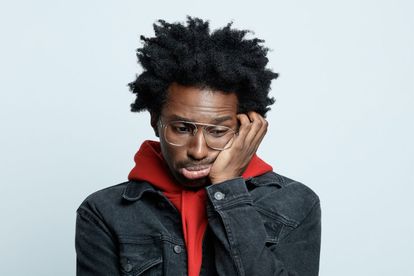 Valentine’s Day is about shooting your shot…but what happens when you not only miss the target, but go down in flames too?

Sadly for these South Africans, Valentine’s Day was not being particularly kind to them. And to make matters worse, their experiences was documented for all of the Internet to see.

In a video that went viral online, a young woman is seen turning down a proposal from a man in the food court of a mall.

The young man was dressed in a suit and was down on one knee with a diamond ring visibly clear. The man gestures to the crowd to hype him up and to encourage the woman to say yes.

Unfortunately, the woman shakes her head and walks away. “No means no” can be heard chanting in the background by people in the crowd.

ISSA NO FOR SCHOOLBOY

The girl is seen patting the boy on the back, seemingly “friend-zoning” him.

CRUSHED IN THE CROWD

Another school video shows a girl approaching a young boy in a crowd filled with their peers. As she greets him, she shakes her head to turn him down.

Simultaneously, the crowd goes wild with boos for the embarrassed boy.