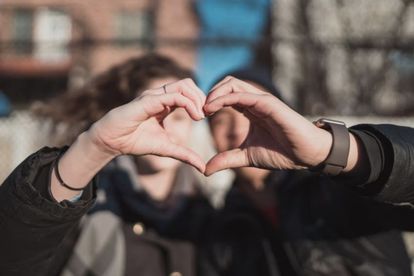 Valentine’s Day is embraced differently around the world with traditions changing over the years. Image via Unsplash.

Valentine’s Day is embraced differently around the world with traditions changing over the years. Image via Unsplash.

Saint Valentine’s Day may now be celebrated worldwide but traditions are often very different – and sometimes have nothing at all to do with romance.

While in Europe it’s all about couples cosying up, in the United States it is as much about schoolchildren celebrating friendship while in Japan women give chocolates to their bosses.

From pagan festival to a marketing ploy, we look at the rich Valentine’s mix:

Valentine’s Day was once a rather violent affair. Its origins are thought to go back to the Roman purification festival of Lupercalia when naked young men would whip young ladies to make them more fertile.

Down the centuries that evolved into only slightly less raucous lotteries that paired young men off with young women at medieval carnivals.

The day is also, of course, associated with the cult of third-century Roman Christian martyr Saint Valentine.

He literally lost his head over love – decapitated on the orders of Emperor Claudius, they say, for secretly performing weddings.

According to the legend, Valentine cured his jailer’s blind daughter and the day before his death slipped her a note signed “Your Valentine”.

Unfortunately, there was no happy ending.

In England, the exchange of messages known as “Valentines” on 14 February developed with the rise of the postal service in the 19th century, with the sender often signing off “Your Valentine”.

AN EARLY VALENTINE’S DAY IN WALES

They did things differently across the border in Wales. Their festival of love is held on 25 January and celebrates a fourth-century Welsh princess called Saint Dwynwen.

Unlucky in love, broken-hearted Dwynwen sought solace in religion and became a nun, praying for others to find true love.

Among the gifts traditionally exchanged between lovers, and would-be ones, are carved Welsh wooden love spoons.

EXTENDING THE TRADITION OF VALENTINE’S DAY BEYOND LOVERS

The celebration took a commercial turn in the mid-19th century in the US, with the invention of mass-produced greeting cards.

Promoters quickly got the idea to extend the “tradition” beyond lovers, with schoolchildren now expected to bring a Valentine card for every one of their classmates.

Today it has become a $20 billion (Over R303 billion) business and has even spawned Galentines Day when “gals” go out together and eat waffles.

HOW THE JAPANESE DO VALENTINE’S DAY

The Japanese Valentine tradition began after World War II when confectionery makers thought up the wheeze of having women offer chocolates to their bosses and boyfriends on 14 February.

A half-century later, the practice has become an annual ritual, with millions of Japanese women giving pralines or ganaches to show affection, friendship or professional respect.

But not any chocolate will do. The “giri choco”, for example, are standard chocolates reserved for work colleagues while the superior “honmei choco” is the sign of true love.

Valentine’s Day is less loved in some parts of the world, however, with some Muslim countries including Pakistan, Indonesia, Malaysia and Saudi Arabia taking a dim view.

Although the day is very popular in Iran, people have to show their affection modestly. The sale of heart-shaped balloons, for example, is rather frowned upon by traditionalists.